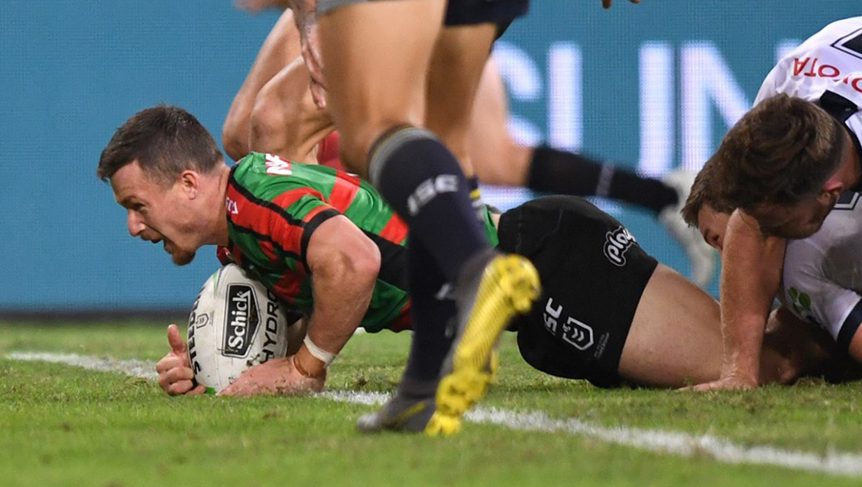 Strategic planning, including limited watering of the turf to ensure a dry and fast track across the eight games, was the secret to the success of the Suncorp Stadium surface for Magic Round.

The venue has received its share of criticism in previous seasons but feedback over the course of the history-making round was positive, including comments from Rabbitohs coach Wayne Bennett who labelled the surface a “10 out of 10” despite featuring in the final game of the eight played on the ground in less than 72 hours.

Graham spoke of the strategy and planning involved some four months in advance to ensure the quality of turf was not an issue right up until the final game between Bennett’s Rabbitohs and the Cowboys on Sunday afternoon.

“I saw it as a big challenge that it had never been done before in Australia,” Graham told NRL.com.

“To play eight games at any ground is a big ask and there’s a lot of stadiums that would be lucky enough to have them in one year.

“They did a fabulous job and produced a quality maintenance regime which they supplied for the last three or four months to make sure we got the surface we had over the four days.”

Graham said the biggest issues with stadium turf came down to the environment’s climate and any other unexpected weather changes.

“Our environment is different to Sydney, Melbourne, New Zealand and Europe,” Graham said.

“We fell back on experience in managing the surface at the stadium. We tried to keep it dry to protect the grass because somethings the wetter it is the easier it is to tear.

“The main thing was the stability of the profile around the field so there weren’t any issues in slipping or sliding or loss of traction on the field.”

NRL CEO Todd Greenberg confirmed the surface was a non-issue for the code on Monday.

“We’ve got no concerns of the field, in fact we had a daily update from ground staff. In relation to injuries … injuries happen every week and our early analysis doesn’t tell us any different for this round,” Greenberg said.

“I thought the surface was fantastic. Clearly the colour of the grass by Sunday wasn’t as green as it was earlier in the week but that’s irrelevant for us.”