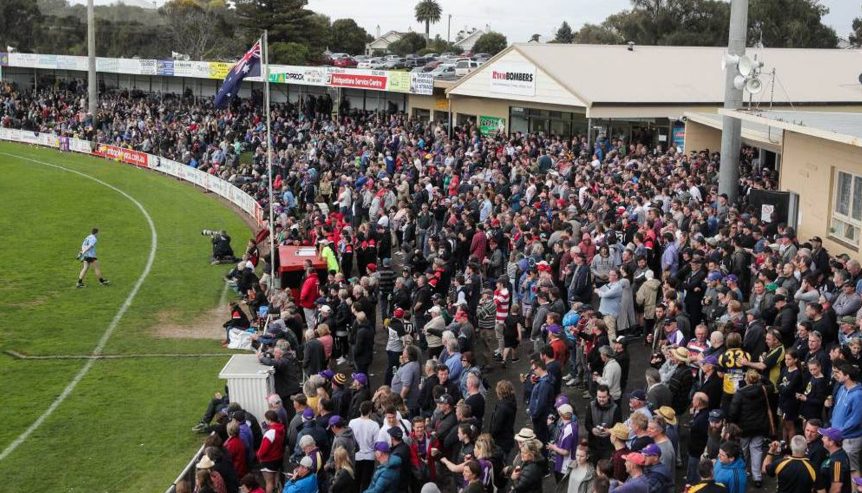 Early concept plans for the $11 million redevelopment of Warrnambool’s Reid Oval have been shown to user groups, but they are yet to be made public.

The city council says things are on track for work to begin as planned at the end of next year’s footy season in September.

“Council has got on board with user groups,” Mr Phillips said.

He said the plan at this stage was to resurface the oval and start work on the new buildings at the same time.

“It’s been exciting for Warrnambool really. It will bring us right up into the 21st century,” Mr Phillips said.

“It’s been a long hard slog but we’re getting closer.”

He said Warrnambool had been lagging behind a lot of smaller towns when it came to having a state-of-the-art playing facility.

Mr Phillips said there was nothing “concrete” about where user groups would be playing once work commenced on the redevelopment.

However, he said his club was hoping it wouldn’t have to play elsewhere.

He said it would be ideal to have the ground work done over summer which could then mean it might be ready for the start of the 2021 footy season.

The club has asked the council about the possibility of being able to play on the ground early in the 2021 season, and bring in portable facilities for changerooms while the building works were carried out.

Meanwhile, the Victorian Government has announced $100,000 for an irrigation project at Davidson Oval.

Member for Western Victoria Gayle Tierney said the funding would deliver installation of automated sub-surface irrigation along with drainage work to improve the eastern area of the oval.

The funding came through the Country Football and Netball Program.

“Sporting clubs are the heart and soul of Western Victoria and we’re proud to help out with funding for this important project,” Ms Tierney said.