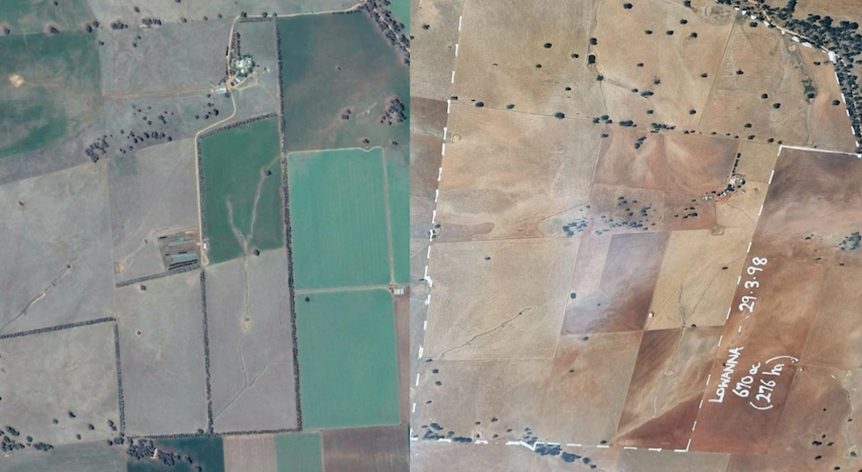 Twenty years ago, Will Johnson’s farm in the New South Wales central west was a dust bowl, after the previous owner stripped the property of its trees.

But after planting 15,000 trees in shelterbelts Mr Johnson has seen productivity on the farm, near Cargo, rapidly increase.

A shelterbelt is a collection of trees and shrubs planted in a line to protect paddocks from the elements.

Mr Johnson said the project had revitalised his property.

“When we moved to this farm there were quite a few paddocks that didn’t have any trees at all, fully cleared, and not much left on the landscape,” he said.

“The bird life has increased really well, there are a lot of small, native grass birds that you see most days.

“Not too many months go past where you don’t see a different species of bird that you have never seen before.”

Bringing the habitat back

A group of scientists from the Australian National University (ANU) Sustainable Farms project has been studying the impacts of shelterbelts across properties in the central west.

“In the past it [land-clearing] was a way of making the most of every inch of land that you could and maybe not fully appreciating the value of shelter,” she said.

“We are starting to see the negative impact of removing vegetation and responding to it by putting trees back in.”

“Animal welfare is now becoming more topical from a consumer and buyer perspective,” he said.

“With a changing climate and really hot summers people are thinking more about their livestock’s health and trying to give them a bit of shade and protection.”

“Some of those woodland trees hold a potentially large amount of carbon in them,” he said.

“There is the potential to sequester a large amount more through targeted tree planting.”

‘The results are terrific’

Mr Johnson said he became a sheep agistment farmer due to the success of his tree plantation project.

He said the windbreaks created improved pastures for the livestock which led to improved production quality.

“Everyone who has had livestock here is very happy with the outcome when they do take them home or sell them,” he said.

“It is a lot of work but the results are terrific.”