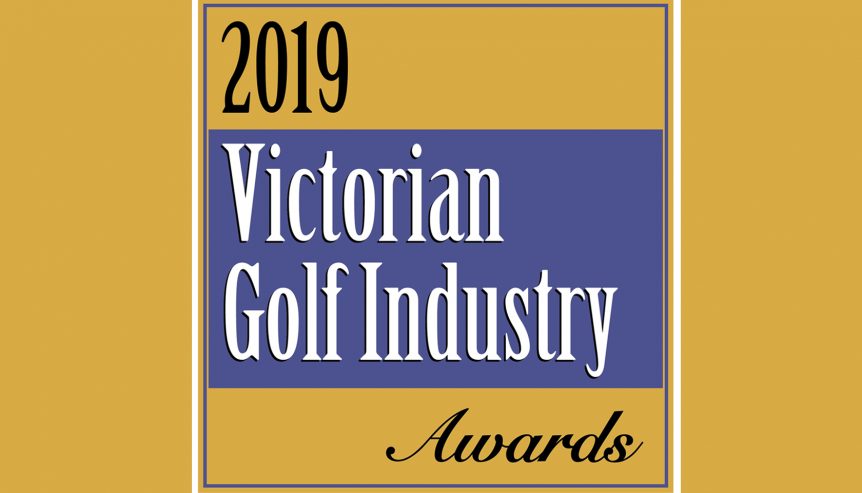 Cindy McLeish, Director of Golf Australia – Victoria delivered the welcome speech before presenting the first batch of Awards. Annie Beveridge from the Goulburn Murray Golf Association won the Volunteer of the Year Award, recognising a life-long dedication to golf in country Victoria.

The Inclusion Award was won by the Ballarat Golf Club who have held various golf clinics for amputees and hosted the Aboriginal and Torres Straight National Championships in the past year.

Trentham Golf Club took out the Golf Club of the Year Award following a great year that included the implementation of several environmental and sustainability programs to maintain great course conditions all year round.

The Female Amateur Players of Year Award went to Stephanie Bunque from the Victoria Golf Club for the second year in a row. Unfortunately, Steph could not attend the evening but sent through a video message of thanks from US where she is preparing for the LPGA Q-School.

Zach Murray, from the Commonwealth Golf Club, took out the Male Amateur Player of the Year Award following stellar results that including captaining the State Team to victory at the Interstate Series and then winning the WA Open on the ISPS HANDA PGA Tour of Australasia.

Golf Victoria also recognised Damian Willcox for his service to the game as a Rules Referee at golf tournaments around the country for 25 years. Our two victorious State Teams – the Girls and the Men’s teams – were also recognised on the night.

Golf Management Victoria presented two awards. The GMV Club Employee of the Year Award went to Frank Myers from the Sands Torquay to acknowledge a great career that has seen him progress through the ranks at The Sands.

The GMV Excellence in Management Award was won by Heath Wilson from the Peninsula Kingswood Country Golf Club to acknowledge his recent work in completing the merging of two golf clubs, the development of both courses at the Frankston site and the construction of a brand new clubhouse which has improved the facility into a world-class golf club.

The highlight of the night was the induction of three new Members to the Victorian Golf Industry Hall of Fame. The Class of 2019 included Paul Rak OAM, Michael Wolveridge & John Stamp.

Paul Rak OAM was the first to be inducted and his award was accepted by his daughter Sarah. Paul was the long-time General Manager at the Kingston Heath Golf Club and later at the Royal Melbourne Golf Club where his career in golf began as a caddy in 1969.

Paul was involved in many fundraising activities, charity organisations and volunteered for many community events. Paul was awarded the Medal of the Order of Australia in 2015 and sadly passed away later the same year.

Michael Wolveridge formed part of the Thomson, Wolveridge and Perrett organisation that was responsible for many of the great courses around the world. His career started, however, as a player on the US Tour, then as a Club Professional in New Zealand before settling in Melbourne as a golf course architect.

He dabbled in golf commentary, wrote numerous articles for newspapers and magazines and was instrumental in setting up the Society of Australian Golf Course Architects.

John Stamp’s career started as a Trainee Manager at the Peninsula Golf Club in 1973. He would later move onto Metropolitan, Kew, Northern then the Spring Valley where he would be General Manager for 20 years.

John then moved to the Woodlands Golf Club for a further six years before becoming Executive Officer of the GMV. John has served on committees for both the GMV and the GMA and has sat on the Board of Licensed  Club of Victoria.

We also said goodbye to Colin Phillips OAM who passed away recently. Colin was inducted into the Hall of Fame in 2018 and on the night we were joined by Colin’s wife, Coralie.

Victorian PGA Committee Members Lisa Jean and Ben Davey were on hand to present the PGA Awards. These winners are now in the running for the National Awards in their category which will be presented at the Greg Norman Medal Dinner during the Australian PGA Championship in December.

The Victorian PGA Management Professional of the Year was won by James Woite from the Gardiners Run Golf Club. Since James began the Club has seen significant improvements in memberships and green fee revenue which has allowed for various clubhouse and course improvements. In addition the Legends Pro-Am hosted by Gardiners Run was also nominated for than award on the night.

The Victorian PGA Coach of the Year was won by Stuart Leong from the Metropolitan Golf Club. Stuart’s Shots-to-Hole program has opened many doors for Stuart including working with Patrick Reed, Minjee Lee and Hannah Green while he coaches many State Team and College players.

The Victorian PGA Game Development Professional of the Year was won by Travis Harrison from the Brighton Golf Course. Travis conducts hundreds of junior and ladies clinics during the year, conducts many programs and innovative ideas including Junior Open and Fitting Days which attracts hundreds of new players to his facility.

He challenges his staff every day to get better to continually improve the member experience by providing various programs that include fitness and mental performance classes and ladies get into golf clinics.