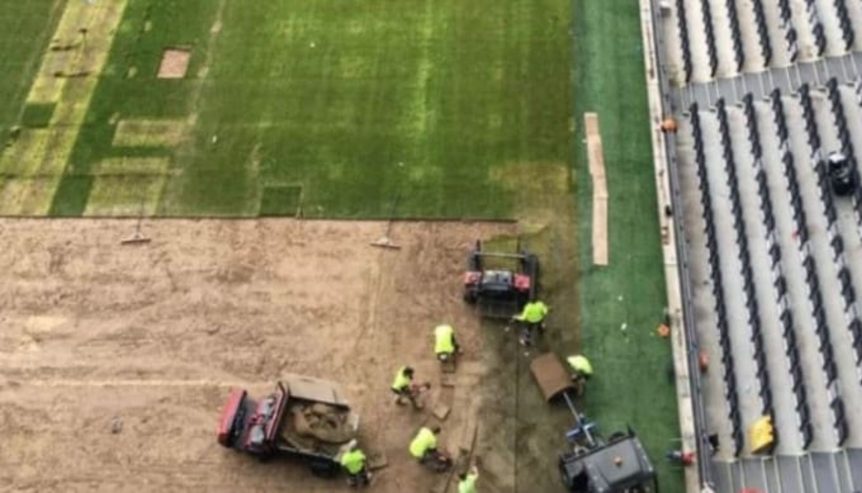 Sir Elton John’s lengthy farewell tour covered much of Australia. But the British icon’s final concert down under has left its most lasting mark.

Pictures emerged  of the Bankwest Stadium pitch following his last gig in Australia, and the grass doesn’t look good in great health.

The NRL will complete an inspection on the stadium on Wednesday to assure that the turf is suitable to be played on, the Sydney Morning Herald reports.

Graham Annesley, the NRL’s head of football, moved to assure both clubs and fans that the governing body would assure that the pitch was up to standards.

“I’ve spoken to the stadium and they knew they would have to do this repair work immediately after the Elton John concert, but it was also absolutely standard fare for them,’’ Annesley told the Herald.

“There’s about 720sq m of turf that will be put down in the corners. They will lay some ready-to-play turf, which is about 60mm thick and has been growing for about a year.

“Once the grass is in it won’t move at all. The Eels will train there on Wednesday. Bankwest are not expecting any issues. And I’ll send out one of my guys tomorrow to inspect it once the grass has been laid.’’