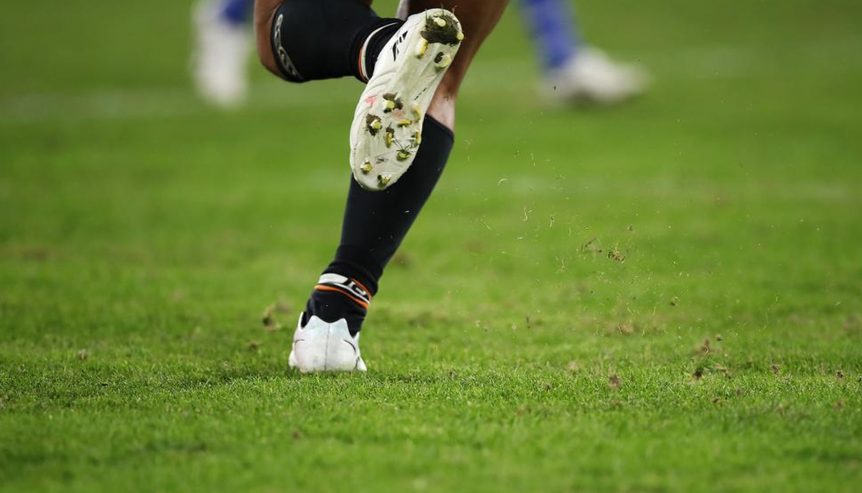 A $500,000 turf makeover is being undertaken at Bankwest Stadium in the wake of round seven’s horror injury toll.

Parramatta’s Mitchell Moses also suffered a calf injury on Saturday against the Canberra Raiders and could miss up to four weeks of football.

The normally lush green turf at Bankwest Stadium is now looking worse for wear after the premier venue hosted 11 NRL games in the space of 22 days.

The Daily Telegraph can reveal the Stadium has taken the step of moving forward an already scheduled returfing of the playing surface.

Work on the replacement turf started on Monday morning and a total of 5000 square metres of turf is expected to be laid. The new surface will be laid on the field’s ‘central corridor, where all the high traffic areas are’ and the work should be completed by Wednesday morning.

The NRL’s head of football Graham Annesley told The Daily Telegraph the turf is being laid down as a maintenance measure rather than anything to do with the player safety concerns.

“It was scheduled for after next weekend but they [Bankwest Stadium] said to us they could bring it forward if we thought that was a good idea and we said if you could bring it forward then why not. It’s not because of any safety concerns, if they were going to do it anyway, they may as well do it this week rather than next week,” he said.