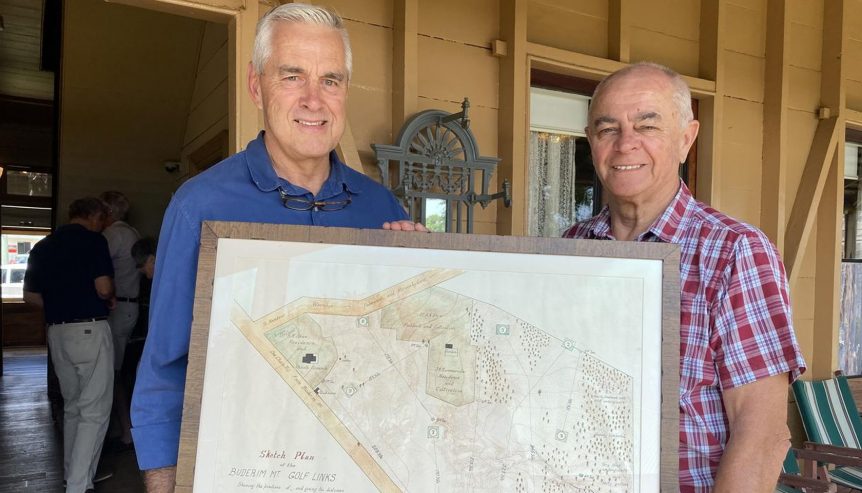 On September 26, 1931, the town of Buderim hit a hole in one as the keen sporting community established a nine-hole golf course.

The historical plans for the course have now been conserved and mounted, generously presented to the Buderim Historical Society by the Neuendorf family.

The document will remain on display at Pioneer Cottage.

“Buderim was a keen sporting community in the 1930s when a group of enthusiastic volunteers led by Dr HK Shaw and Ernest Middleton established a nine-hole golf course which straddled Gloucester Rd,” he said.

“The course was on a five-year lease on land owned by HV Fielding and HJ Murphy and was bounded by what are now Ferguson Ave and Golf St.”

The membership at the golf course at the time was about 30 to 40 men and women.

The club was a success until September 1935 when the cost of extension of the lease was found to be prohibitive.

“At this stage Dr HK Shaw offered his property “Marimba” for a new course – an offer which was gratefully accepted,” Mr Wood said.