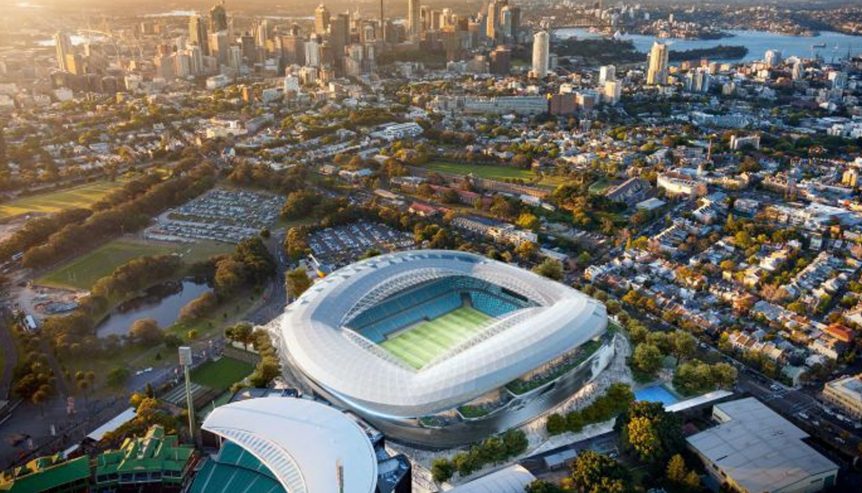 Sydney has been given the first official glimpse at one of the city’s most controversial projects, as artists’ impressions of the winning Sydney Football stadium design are released.

Sports Minister Stuart Ayres says the design will create “a colosseum of sound and colour” that will “set the standard for rectangular stadiums in Australia”.

The stadium will feature a state-of-the-art roof, which will light up from the underside in the home team’s colours and reflect noise back into the stadium to amplify the atmosphere.

Demolition works on the existing Sydney Football Stadium are due to start in January and the new stadium will be complete by 2022.

The Government faced a fierce public backlash when it first announced plans to spend more than $2 billion knocking down and rebuilding both the Sydney Football Stadium and the Sydney Olympic stadium at Homebush.

It eventually revised the plan, announcing instead it would refurbish the Olympic Stadium instead of rebuilding it.

But the Government maintained it needs to push ahead with the knockdown of the Sydney Football Stadium because the ageing stadium was a safety risk.