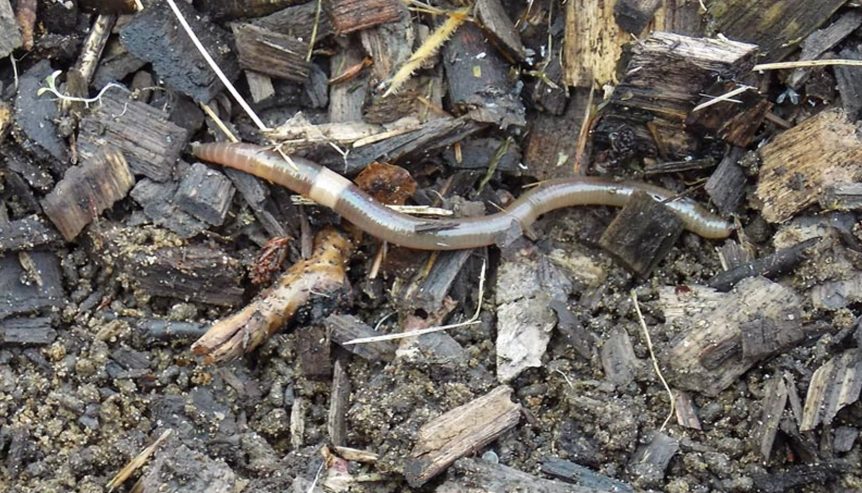 Jumping worm. Crazy snake worm. Asian jumping worm. Snake worm. Alabama jumper. Jersey wiggler. No matter what you call it, the invasive pest is beginning to have an impact on the United States.

Only a few earthworms are native to North America, and the most common worms in the U.S. are European earthworms. The origins of jumping worms in the U.S. are unclear, but they appear to have been delivered to the East Coast more than 50 years ago in a shipment of plants originating from Japan or Korea. Over time, the worm has proved to be aggressively invasive, fanning out from the northeastern states down the East Coast and through much of the Midwest and parts of the South. In 2016, jumping earthworms were reported in forests in Oregon.

Research published in 2016 revealed that the jumping worm is not a single species, as previously thought, but three closely related species: Amynthas agrestis, A. tokioensis and Metaphire hilgendorfi. The three species are generally found together, and it is rare to find only one species. All three species are parthenogenic — they reproduce asexually — which means that even a single cocoon or worm could establish an entire population. Their rapid breeding coupled with their voracious eating allows them to expand their habitat rapidly.

Jumping worms are notable because of the damage they cause, which, in many cases, incurs a heavy economic cost to nurseries and forests (think maple syrup). They prefer managed landscapes like gardens and turfgrass, and they cause serious damage to forests, where they can very quickly strip organic matter from the forest floor, destroying habitat for numerous plants and animals.

Unlike European earthworms (also called nightcrawlers), which are generally considered beneficial by both farmers and gardeners, jumping worms do not burrow downward in the soil, creating air spaces and encouraging water drainage. Instead, they live on the soil surface and in the leaf litter, where they are easy to locate, and they quickly consume the upper layer of soil and organic matter, leaving behind pellets of dry soil that look like coffee grounds. Their activity degrades the soil, reduces its capacity to hold water, and prevents seedlings and wildflowers from taking root.

Golf courses have also been plagued by jumping worms. Dan Potter, Ph.D., and Carl Redmond, Ph.D., at the University of Kentucky had previously studied problems with European earthworm castings on golf courses when superintendents began contacting them concerning “prolific earthworm casting” on sand-based greens in summer. European earthworms generally present problems in late spring and early fall on fairways and push-up greens, so the researchers suspected something was amiss.