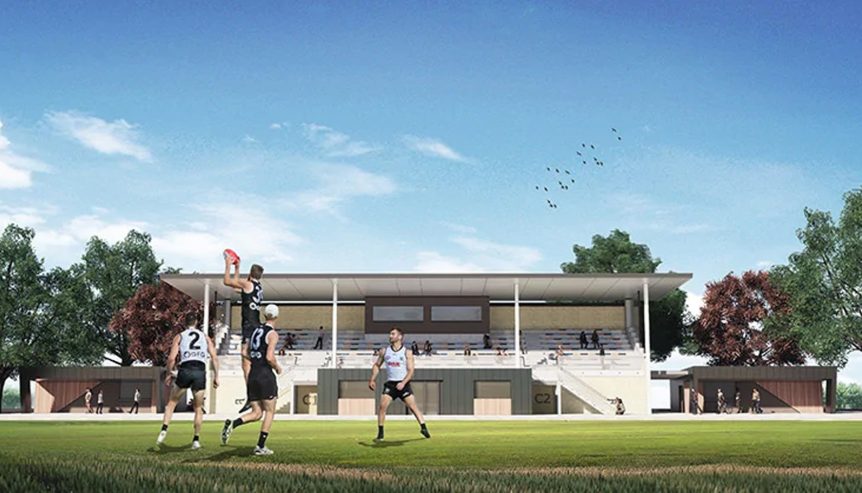 The multimillion-dollar facelift of Bennett Oval is on track as Whyalla is set to host its first AFL game in more than two decades.

With the main frame for the new amenities block taking shape and the new surface laid, the $2.8 million project is on track for the Port Adelaide vs Western Bulldogs match on March 7.

Officials from the AFL and Port Adelaide Football Club visited Bennett Oval on November 20 to tour and assess the progress.

Ben Lowe from the AFL Marsh Community Series Operations team said he was satisfied with how the redevelopment was tracking.

“Council has been working in conjunction with the Port Adelaide Football Club and GFG Alliance after our visit in late 2018,” Mr Lowe said.

“The venue is well on track with our suggested upgrades required to host an AFL game. Once the game arrives we know it will be a great day for all involved.”

The March match will be the first time in more than two decades that an AFL match has been played in Whyalla.

The match has been brought to Whyalla thanks to Whyalla Steelworks owner and Port Power sponsor Sanjeev Gupta, who pushed for the match.

Mayor Clare McLaughlin said council was excited about the match and was looking forward to all eyes being on the city.