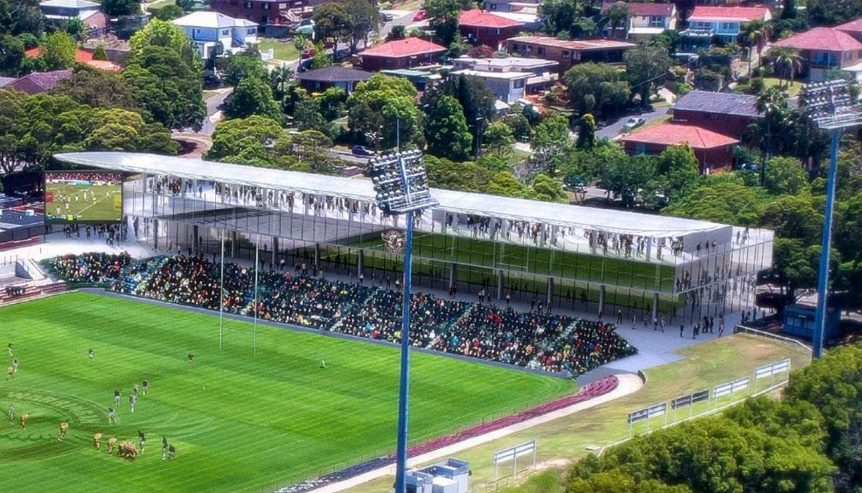 The club is preparing to submit a development application for the $36 million project which will include the building of a new grandstand and centre of excellence.

Prior to submitting the application the club must get approval of the landowner — Northern Beaches Council.

In a letter to the council, the club’s chief executive Lyall Gorman has outlined the plans.

He said the centre of excellence will feature an “elite level gym” along with medical and rehabilitation facilities.

There will also be an aquatic recovery facility, rehabilitation pools and altitude and heat training areas.

For pre-game meetings and post-game debriefs there will be a lecture theatre with meeting rooms and also player education facilities and study areas.

Mr Gorman said the centre of excellence would also help the club realise the ambition of having a women’s squad in the recently established WNRL competition.

He said there will be female friendly facilities including dedicated female change rooms, toilets and showers.

He also said there would be “consideration of privacy elements specific to female athletes” such as private access to rehab pools.

“The Sea Eagles are committed to developing a female team to participate in the recently established WNRL competition,” he said in the letter to council.

“In addition, the club is currently working with the Manly Warringah District Junior Rugby Football League to formalise a pathway for girls currently playing in junior competitions to progress to the elite ranks with their local elite rugby league club.

“In order to achieve these goals, the club understands the following actions need to be taken to foster the development of female rugby league on the northern beaches.”