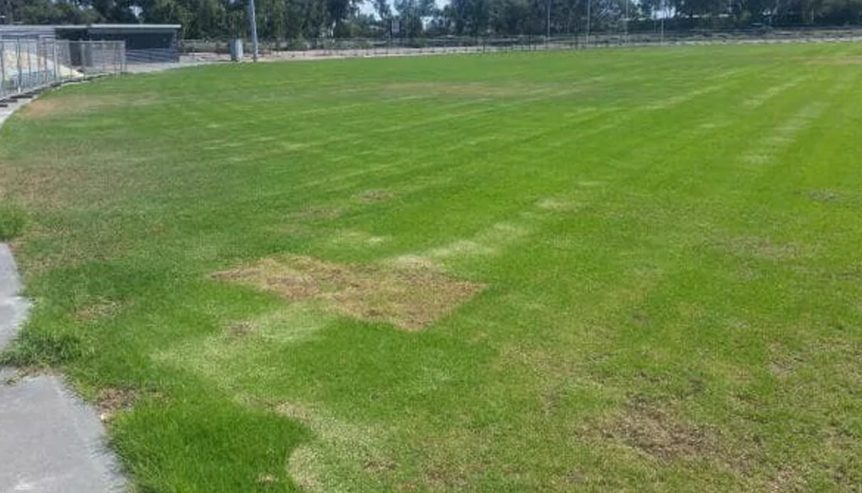 Port Augusta Council is readying itself to bid for an AFL pre-season match to be played at Central Oval, after spending $1 million on its upgrade.

The council has spent the past five months upgrading irrigation and laying turf at the Augusta Tce sports grounds, costing it $970,000.

The oval had deteriorated to a point where dead patches of grass were taking over and the surface was describedbyplayers as “dangerous” and “unsuitable for play”.

The upgrade comes at the perfect time, with the hosts of next year’s JLT community AFL pre-season matches to be announced later this year.

Over the coming months, country towns will bid to host one of the two pre-season matches to be held in regional South Australia.

Agronomist Daryl Sellar said the council would be in the perfect position to bid for a pre-season AFL match next year.

“Once completed, the redeveloped surface will provide the Port Augusta community with an asset that will be suitable for local, regional and national sport of all standards,” Mr Sellar said.

“Port Augusta will also be in a position to attract the AFLW and the women’s soccer league to showcase female sports in the region.”