Scientific name: Andropogon gayanus
Declaration status: Class A except in areas where it is classified as Class B

If you own, manage or live on land, you are legally responsible for controlling gamba grass on your property.

It is also a Weed of National Significance.

Gamba grass is originally from Africa. It was introduced to the Northern Territory (NT) as a pasture species in the 1930s. Research and trials resulted in widespread plantings in pastoral and agricultural areas of the Top End.

It needs at least 600mm of rain each year. Gamba grass generally flowers in April, with seed production and fall from May to August. A second seeding may occur in November in response to an early wet season.

Gamba grass is suited to most Top End soil types, except for heavy clays.

Get free herbicide and loan of spray equipment from the Gamba Action Program.

This can cause uncontrollable, hot and intense fires that affects people, properties and communities.

Gamba is a greater risk to the environment than native grass fires and destroys:

Gamba grass fire management has increased by millions of dollars. Find out more about how to control gamba grass.

Gamba grass is a declared weed under section 7 of the Weeds Management Act.

It has a split declaration based on its known distribution and density.

There are two declaration zones:

Class B – growth and spread to be controlled

Class A – to be eradicated in all areas of the NT except where it is classified as class B.

For more information on gamba grass declaration zones get the 2014 gazette notice. 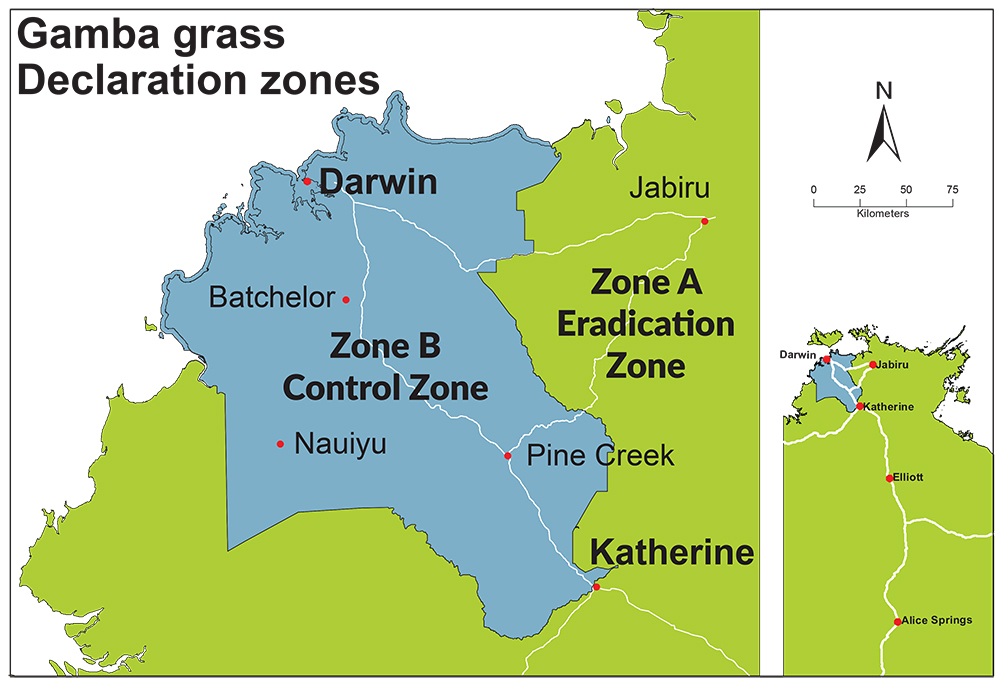 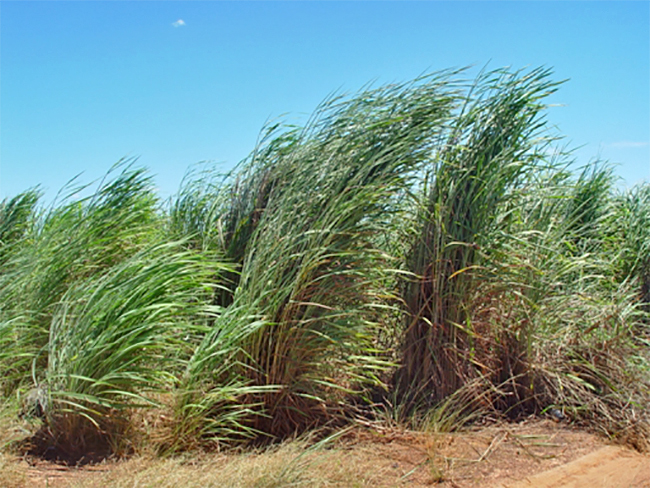 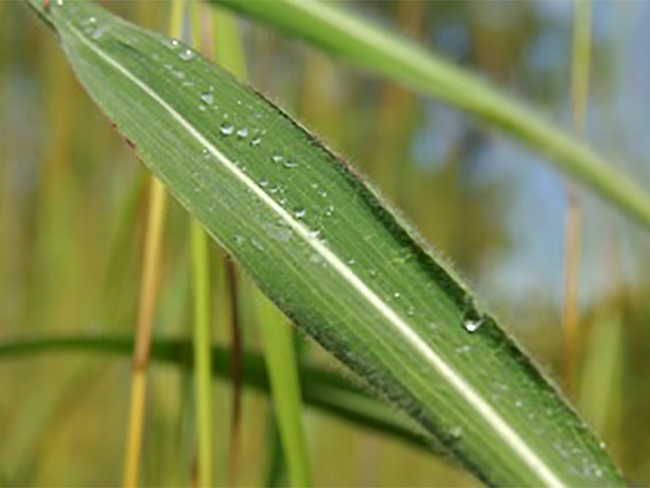 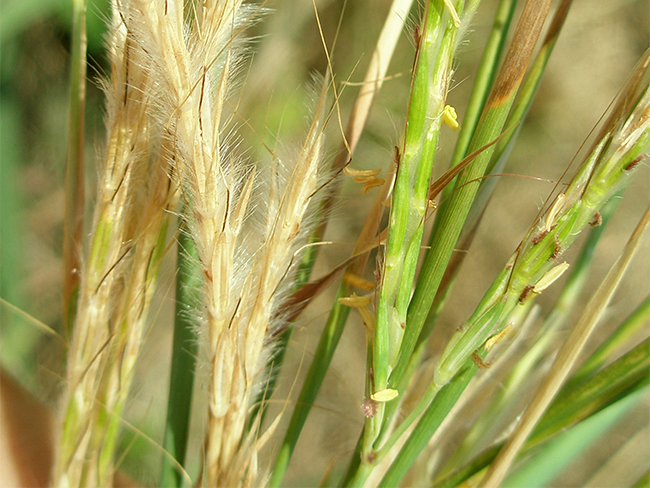 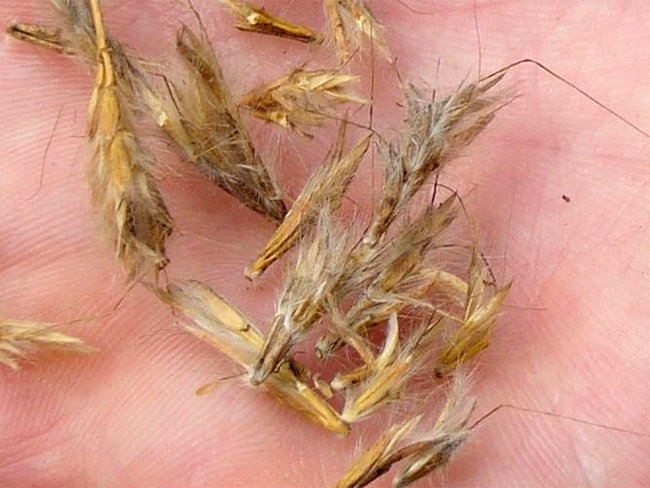 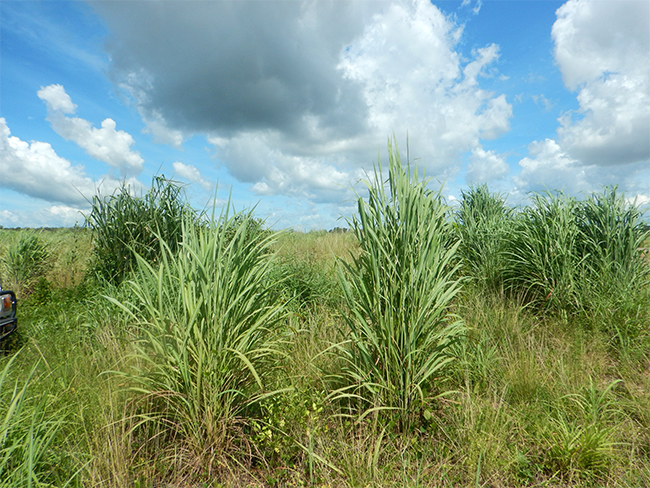 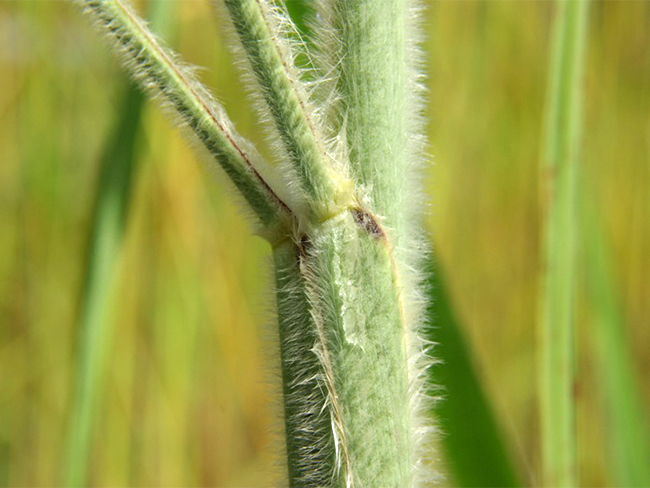 If you are unsure, contact the Weed Management Branch.

While it is very important to control gamba grass on your property, it is also important to avoid accidentally removing certain beneficial native grasses that will compete with the invasive weeds and help the native bush to regenerate. The following plant species look similar to gamba grass:

Itch grass (Rottboellia cochinchinensis) is a native perennial grass that also has a distinctive white midrib, however stems and leaves are smooth, flexible and lack furry white hairs. There is little harm in confusing the two grasses and many people choose to control itch grass as well. 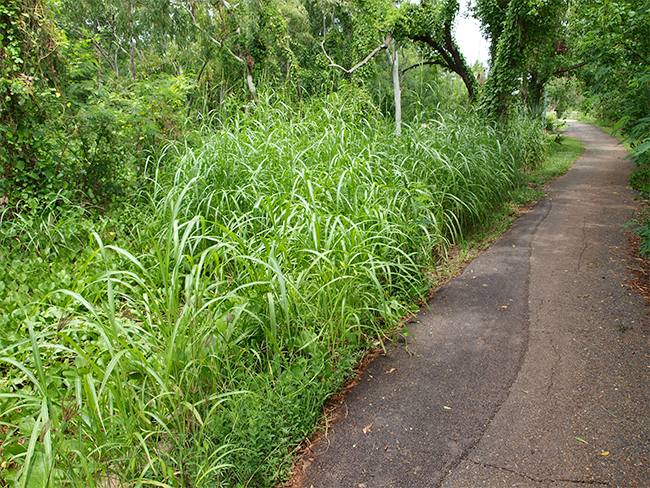 Giant spear grass (Heteropogon triticeus) is a native perennial grass that grows up to 1.8m tall with smooth stems and hairless nodes. 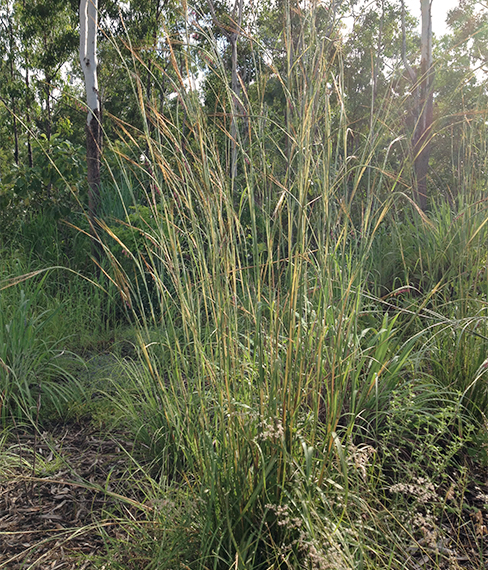 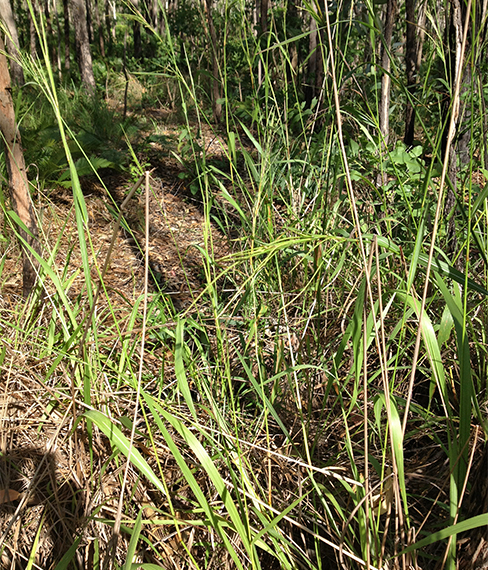 Gamba grass currently affects up to 15,000 square kilometres of the NT, but has the potential to affect 380,000 sqkm of the NT. Most infestations are north of Katherine.

Data for this map was collected by the Weed Management Branch and other agencies.

The seeds are produced at the end of the wet season and can be carried by:

You must control gamba grass around property boundaries and along all roads and tracks.

Vehicles and machinery travelling through seeding gamba grass must be cleaned.

You must ensure all seeds and mud are removed. Mud may contain seeds.

You must clean before leaving an infested area. This is to stop the spread of gamba grass to other areas.