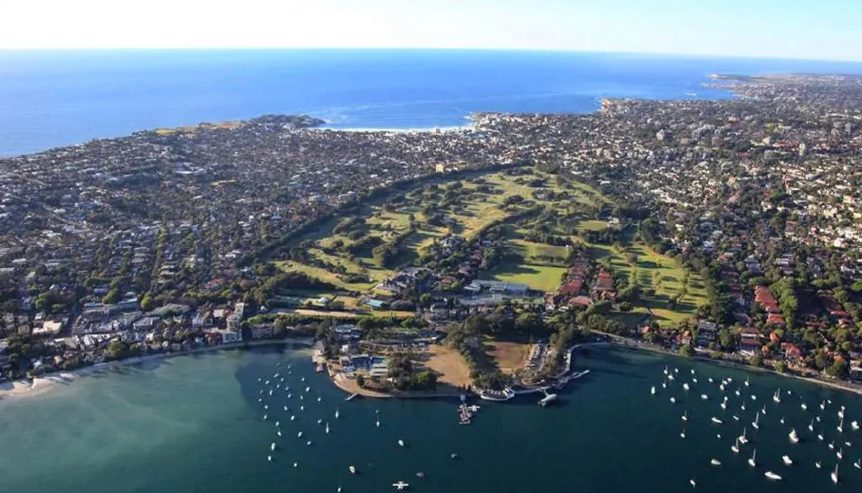 One of Australia’s most prestigious golf clubs has revealed its $17 million plan to return the course to its pre-European character.

Rose Bay’s Royal Sydney Golf Club will be closed for a year as new holes are created and more than half a million trees and shrubs are planted.

Renowned golf architect Gil Hanse and Australian landscape architect Harley Kruse are behind the plans which will result in a configuration of ‘two loops of nine’ holes and reinstatement of the area’s pre-European heathland.

“The proposed landscape will be of the character that existed on the site prior to European settlement and prior to the 1940s tree planting program which saw the golf course changed to a parkland style,” the development application states.

“Insensitive 1940’s works removed the original ground plane flora of wild heathland and grassland vegetation which succumbed to the effects of shade and competition of these introduced non-indigenous tree plantings.”

The need for renovation is attributed to poor drainage, pipes blocked by tree roots, dated irrigation systems, weed infested greens, and aged cart paths and service roads, all of which will be upgraded.

The club, granted the prefix ‘Royal’ by Queen Victoria in 1897, is one of the country’s top clubs.

As part of the proposal, 569 trees “reaching the end of their safe life expectancy” will be removed and another 703 trees planted.

As well as the new trees around half a million shrubs and other plans will be added.