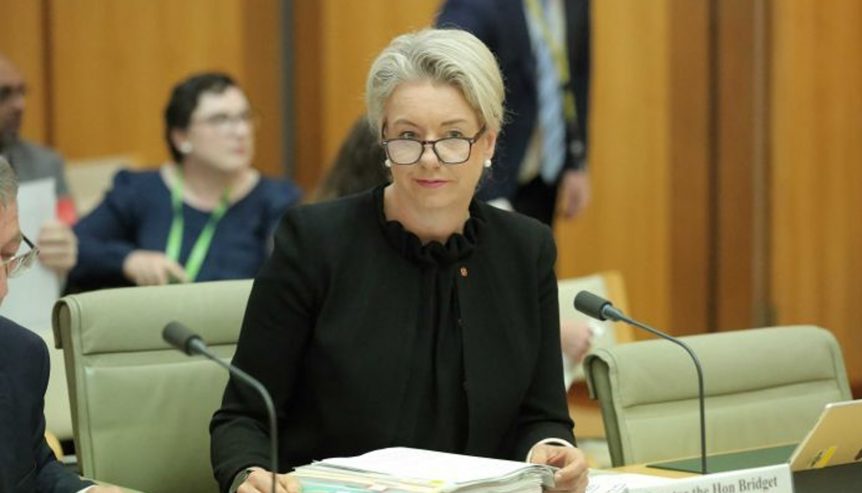 Deputy Nationals Leader Bridget McKenzie is facing calls to resign from the frontbench, following a damning report into a grant scheme she ran as sports minister.

You might have seen stories from the past year on the scheme.

So, what’s made things heat up in the past week?

What are these sports grants?

The $100 million sports grant scheme — formally the Community Sport Infrastructure program — was set up in 2018 to give money to needy sports clubs to help with player growth.

The timing of the grants program came in the months leading up to the 2019 election.

The guidelines set out criteria covering potential participation, need and project design, which were assessed by government agency Sport Australia.

Volunteers spent hundreds of hours seeking to impress assessors with their applications.

The Government ultimately allocated funding to 684 applicants, leaving more than 1,300 without funding.

Why are people so angry?

In October last year, it became apparent that Senator McKenzie was rejecting recommendations made to her by Sport Australia and choosing recipients herself.

Since then, the scandal surrounding the scheme has erupted.

There was evidence of bias of funding towards marginal seats in November, as well as calls from a former Government lawyer that the entire scheme was illegal.

Then last week the auditor-general delivered a scathing report into the scheme.

The work by the audit office originally came about after Liberal candidate Georgina Downer — not the sitting independent member — announced a grant in the seat of Mayo in South Australia in February.

Almost 12 months later, the auditor-general’s report backed up the claims of bias and raised questions about the legality around the scheme, and has prompted a week of intense media scrutiny.

The scrutiny culminated in a claim on Wednesday that Senator McKenzie herself was a member of one of the clubs she gave money to.

What does the Government say?

So far, Prime Minister Scott Morrison has pointed to the auditor’s finding that all recipients were “eligible” and it was delivering “much-needed grants to local communities”.

“The auditor-general found that there were no ineligible projects that were funded and that the rules were followed,” he said earlier this week.

“The program of $100 million was spent on ensuring that young girls don’t have to change in their parents’ cars or out the back of the shed, they can have actual proper facilities in their communities.

“And I do know that these grants — all eligible, every single one of them was an eligible project, unlike what happened in the Ros Kelly affair and what happened under the previous government.”

In 1994, Labor minister Ros Kelly resigned as part of the fallout relating to her own sports grants program.

Following an audit office report that was critical of the scheme, she famously gave evidence in a Parliamentary enquiry that decisions were based on a “great big whiteboard” in her office.

So, what’s the problem?

The audit office was given access to a list of grants, their assessment by Sport Australia, and whether they were funded or not. It also spoke to staff in the minister’s office.

Its report found the minister’s office ran its own assessment process, which funnelled funding towards targeted seats.

The award of funding, the report noted, “was not consistent with the assessed merit of applications”.

Had grants been awarded to those who deserved them most, applications assessed with scores of 74 or more would have been funded.

Instead, 417 applications — 61 per cent of total approved — with a score below this cut-off were approved for funding.