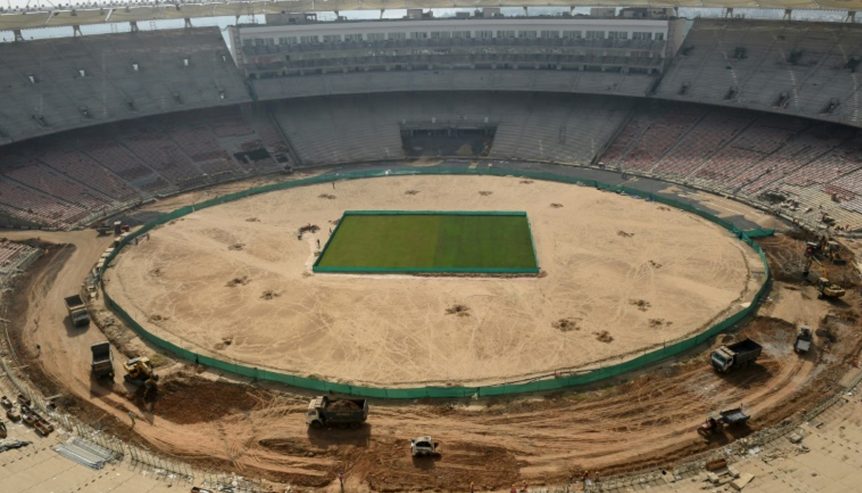 The world’s biggest cricket stadium, with space for 110,000 spectators, is taking shape in India and is likely to host its first international match early next year.

The new stadium in Ahmedabad, built at a cost of around $100 million, will seat more fans than Australia’s Melbourne Cricket Ground which can accommodate around 100,000 spectators.

The stadium will have more than 70 corporate boxes, four dressing rooms, a clubhouse and an Olympic-size swimming pool. Its construction began in January 2017.