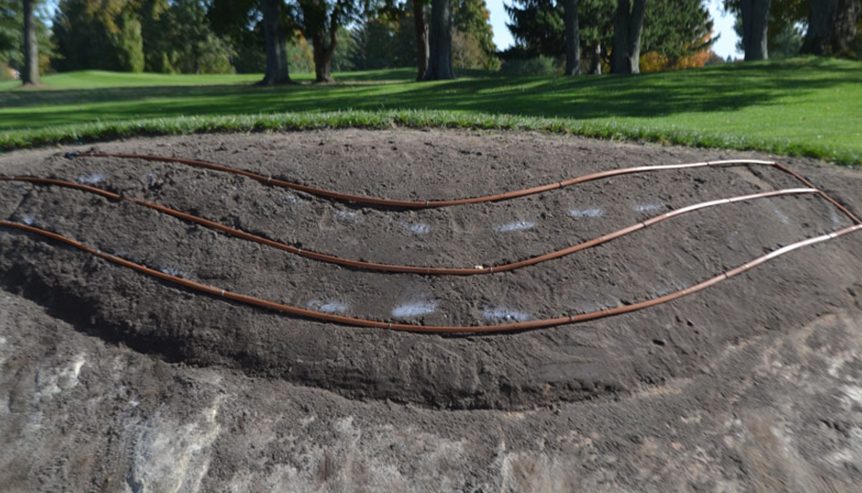 Editor’s note: A version of this article first appeared in Course Conditions, a quarterly publication of the Michigan GCSA.

Bunker maintenance is always a topic of discussion at any golf venue, as every site differs in maintenance strategies, end-product goals, sunlight angles on the turf around each bunker, etc.

One of our goals here at the Country Club of Detroit in Grosse Pointe Farms, Mich., is to make all of our bunkers look homogenous. We have 69 bunkers on the 18-hole course, for a total footprint of 98,000 square feet. All bunkers are similarly shaped; all have “eyebrows” and steep, flashed faces; and all are surrounded by dense monostands of turf.

The golf course was built in the 1920s, without the use of extensive earthmoving equipment, and it is relatively flat. The bunkers and their eyebrows lend not only the obvious hazard influence, but also a strong aesthetic influence to the parkland course, as they flow well with the topography and are part of the original C. H. Alison design. In 2010, CC of Detroit made a substantial investment to renovate its bunkers as part of a larger-scale renovation of the property with Renaissance Golf Design.

In 2014, the club made the switch to all city water as our irrigation source, replacing the raw lake water we had used previously. This change caused an enormous increase in operating budget dollars being invested in water — from around $8,000 annually to north of $200,000 — as the cost became not only the water, but also the treatment of drainage water leaving the property, as sewers are not separated here in Grosse Pointe Farms. With this, a challenge arose not only to figure out the operating delta, but to take vigilant water management to another level.

How do the bunkers figure into all of this, you may be asking? Well, let’s dig into our case study!

The bunkers at the Country Club of Detroit all had landscape spray heads installed around them, on 12- to 15-foot centers, to help provide supplemental irrigation to the rolled-edge-sod bunkers. While still providing good supplemental water to these faces, we wanted to look into ways to be as precise as possible with our water applications. We also wanted to explore turfgrasses that would be able to withstand substantial sand splash from play.

Four years after the renovation of the bunkers, there had been a significant amount of stress to and loss of the Kentucky bluegrass surrounds of many of the bunkers, especially those on south-facing slopes and in areas with heavy sand splash. The spray zones around each bunker were providing supplemental water, but at a rather large volume. The average amount of water used in each spray zone around each bunker on the property was about 31 gallons per minute. At four four-minute cycles three times per week, this volume of water added up very quickly.

With the goal of water reduction at the forefront plus the possibility of regrassing bunker surrounds, we began to investigate the options that drip irrigation presented for us. The hope was that such site-specific, targeted irrigation would minimize wasted water and unnecessary runoff.

We renovated four bunkers with drip irrigation tubing running parallel with the slope of the faces, with emitters on 12-inch centers. If there were large slopes, we integrated extra tubing on 12-inch centers parallel with the face. No drip irrigation was integrated on the bottom, walk-in parts of the bunkers. One of our foremen, Martin Perez, came up with an idea to use a cordless drill with a wire wheel to create a small channel for the drip irrigation tubing prior to sodding these bunker faces. We were fortunate to have the help of Derek Carroll and FIP Irrigation Services for this initial trial install. 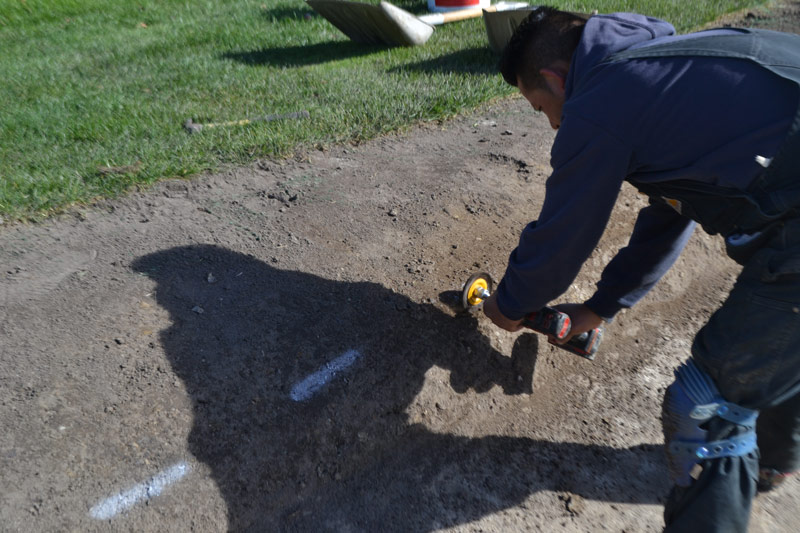 Country Club of Detroit foreman Martin Perez wire-wheels a 1-inch-deep trench where a drip line will be installed. 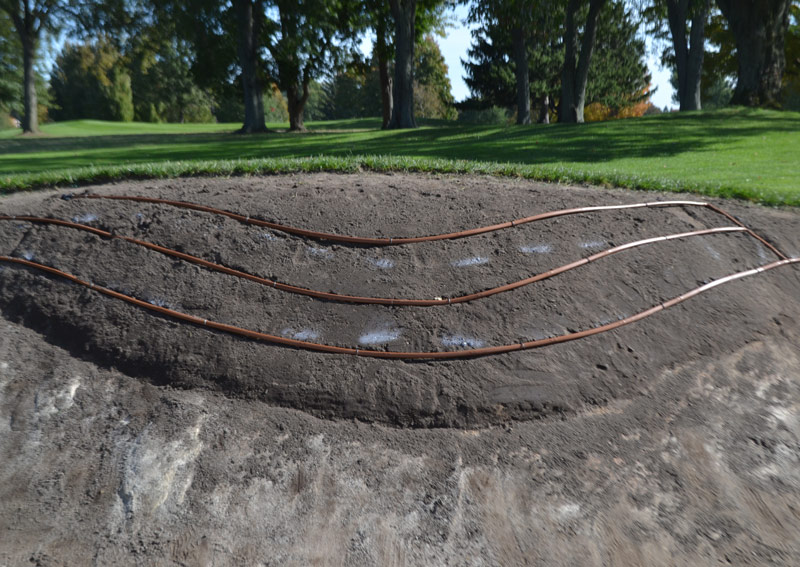 An arrangement of drip lines on 12-inch centers on a bunker eyebrow before sodding. 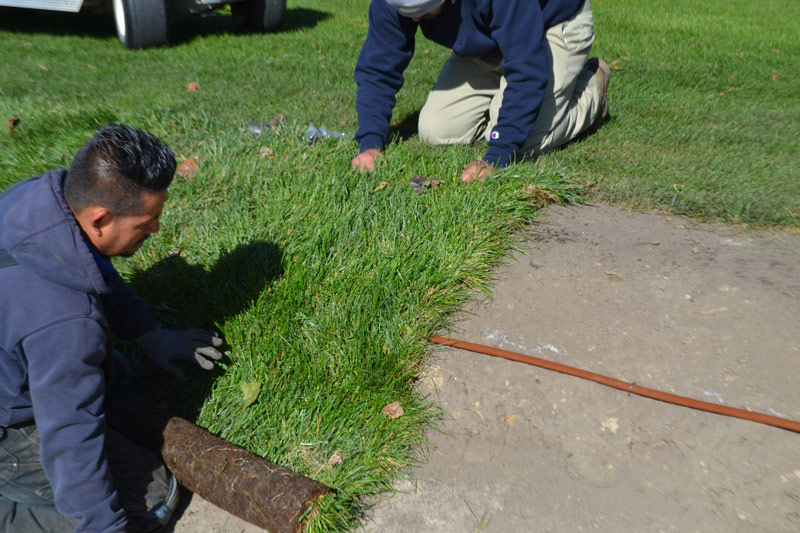 Installation of turf-type tall fescue on a bunker surround.