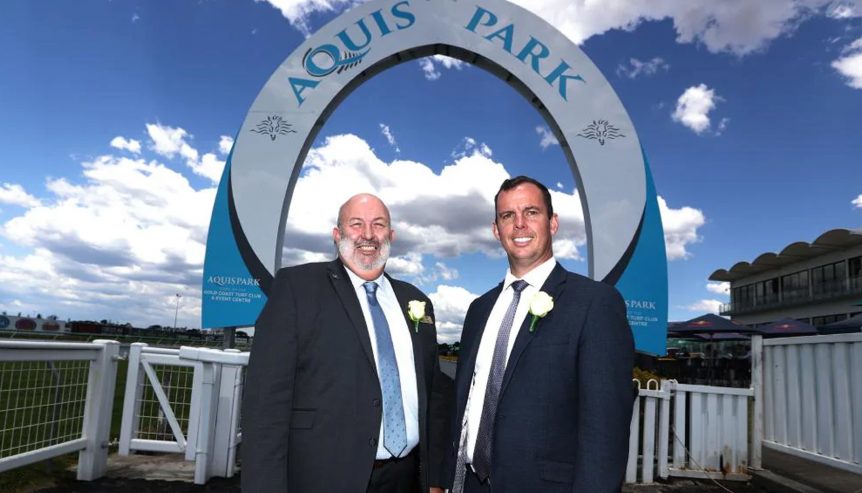 Home of Queensland’s richest race day, the Gold Coast Turf Club launches The Wave meeting on Saturday, designed to capitalise on Magic Millions fever and showcase the club’s desire to be a bigger player in the state’s racing.

Boosted by a partnership with Aquis Farm, which began three years ago and was recently renewed for another five years, with a further six-year option, the Gold Coast Turf Club’s balance sheet has improved markedly.

Backed by an ambitious board and the appointment of key staff that include former top steward Ian Brown as racing manager, chief executive Steve Lines says it’s only the beginning of what the club hopes to achieve.

“We’re growing up. We see the need in the long term for Queensland to have a couple of strong clubs and we see ourselves becoming an ancillary metro to the mothership (Brisbane Racing Club) up north,” Lines said.

“Eagle Farm will always be the flagship, just like Randwick in Sydney and Flemington in Melbourne.

“But we would like to be a second metropolitan club. We hope to get to seven or eight Saturday metros.

“If we go into night racing, we want to be the Happy Valley of Australia. We have great restaurants and one of the best reverse views of the Coast in Australia and it’s the perfect spot to set it up.”

Lines, who noted the club will welcome up to 25,000 people through the gates for Magic Millions on January 11, says perception that the Gold Coast wants to encroach on the BRC’s territory is wrong.

“I have forged a strong relationship with (new BRC chief executive) Tony Partridge and we both have ideas around some new innovations for racing,” he said.

“The industry needs a bit of pizzazz put into it. It’s a bit draconian. The more we jazz it up, the better it is for the future of the industry.

“If we can thrash out some new ideas, it would be good to do some new things in Queensland that others haven’t yet.”

The political circus that dogged Queensland racing for so long has meant the GCTC have been shuffled back in the queue, waiting for their infrastructure needs to be addressed.

These include upgrades to training tracks that are a decade overdue and resurfacing the course proper.

Now a $38 million redevelopment, comprising $33 million from Racing Queensland and $5 million from the club, is set to finally be approved.

It will comprise the construction of a new synthetic track, upgrades to the B-grass training track, an infield tunnel, lights for night racing, ­resurfacing of the course proper and potentially widening the racing surface from 25m to 28m.

Lines is hopeful the project will be ticked off next month, with the training track renovations to begin soon after and, all going well, the course proper upgrades scheduled to begin after the 2021 Magic Millions day.