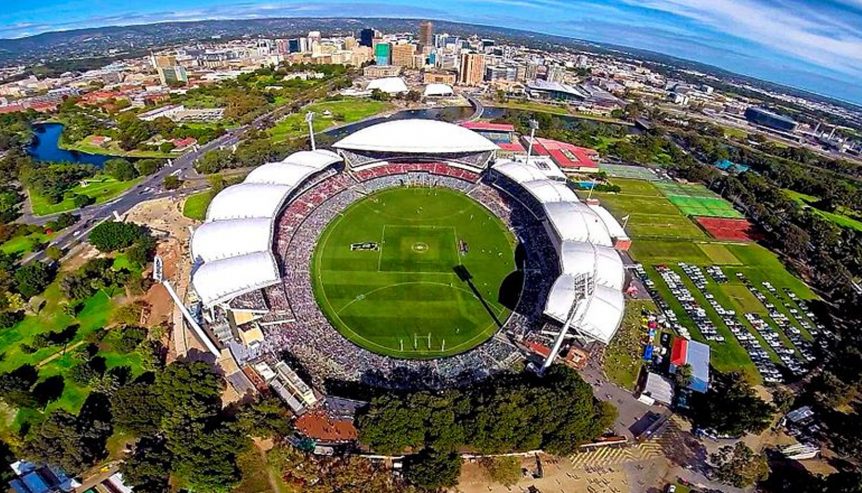 Adelaide Oval is the best cricket pitch in Australia.

The Test pace attack has spoken and declared the former batting haven is now the country’s new fast bowling paradise.

Gone are the days of the WACA’s fearsome reputation, and despite the eagerness of the Australian Test team to start their summer campaigns at their Gabba fortress, Brisbane’s wicket has also fallen back in the estimations of the bowlers.

Adelaide Oval is a drop-in, but to a man, Australia’s pace attack say it’s the new benchmark.

Josh Hazlewood will play his 50th Test match on Friday in the series finale against Pakistan and is licking his lips about the standout wicket in the new world of tiresome flat tracks.

“I love Adelaide the most I think. I have had good success there,” said Hazlewood, who also rates Brisbane.

“Often (Adelaide) is a pink ball game now. But we played red-ball last year and it still did a bit for most the game.

“It keeps you a little bit interested when the ball id a bit older and the wicket is a bit flatter, there is still a little bit there for you throughout the day. And it is a new-ball wicket, so I think it’s an even contest between bat and ball.

“I think everyone would have their own favourites, but I think that (Adelaide) is the one that sticks out.

“I think Nath (Lyon) loves bowling there as well. There is spin there for most of the game. I think it’s just a great all-round wicket to be honest.”

Left-arm spearhead Mitchell Starc told The Daily Telegraph before the start of the summer, that Adelaide had left the rest of the country in the rear view mirror.

“I think the benchmark for wickets around the country these days is probably Adelaide Oval,” said Starc.

“That’s one place it doesn’t matter if it’s a red ball or pink. The wickets are always very nice for cricket. It’s always a nice even competition between bat and ball and that’s what we want from wickets around Australia is that even contest.”