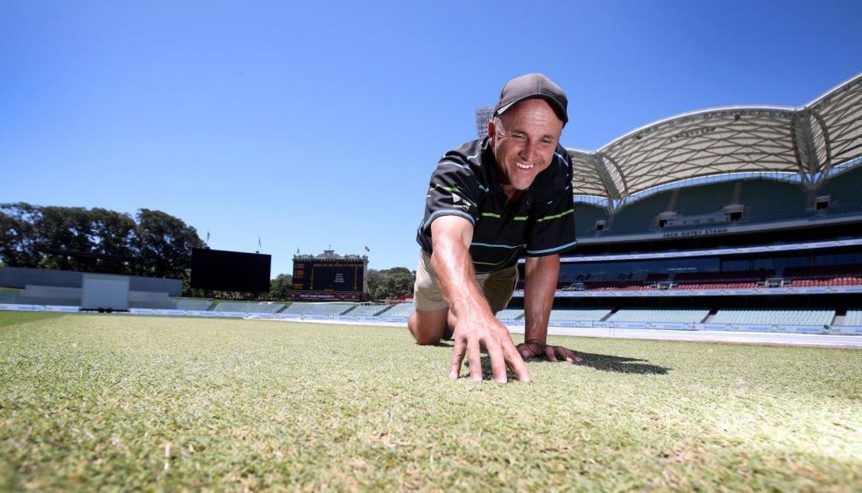 Having been steamrolled in Brisbane, Pakistan will gain no respite on a Damian Hough pink-ball strip loved by an Australian attack that is unconquered in Adelaide day-night Tests.

Curator Hough has continued the recipe for cricket’s best drop-in pitch while restoring his surface from U2 stage to the pink ball theatre Mitchell Starc, Pat Cummins, Josh Hazlewood and former staffer Nathan Lyon have ruled since 2015.

Hough placed his trusty No. 5 drop-in tray last Thursday and was “comfortable” it will perform as expected, with ample bounce and carry.

“Pretty much, the same prep and same outcome is what we are after,” said Hough of the pitch that has been expertly exploited by Australia against New Zealand, South Africa and England previously.

“You want a bit of movement around with the new ball, and then the spinners get some bite out of that grass and purchase.

“It is more along the lines with the drop-ins to get that coarse matt of grass that can do a bit, and as it gets older plays a bit truer.

“You want the ball to come through as well as possible.”

Hough got water back into the pitch “as soon as possible” after last Tuesday’s U2 concert, placed the wicket last Thursday and replaced turf on Monday.

“You know where you need to replace it; you fix it up and get ready for training on Wednesday,” Hough told The Advertiser.

“The northern side is where the stage is with the run-ups.

“We have a little bit of time to get it right.”

Pakistan last played a Test at Adelaide Oval in January 1990 before lights were erected, while drop in pitches and pink balls were the domain of futurists.

It can be revealed Hough will leave between six to eight millimetres of grass on his pitch, but the curator cautions against a preoccupation with grass cover.

Hough dismissed the notion that extra grass cover was left on the square to protect the pink Kookaburra ball.

“We are not doing it because of the ball,” he said.

“You are just trying to get recovery as soon as you can.

“Once you get the recovery in you are just trying to look after your pitches and square.”