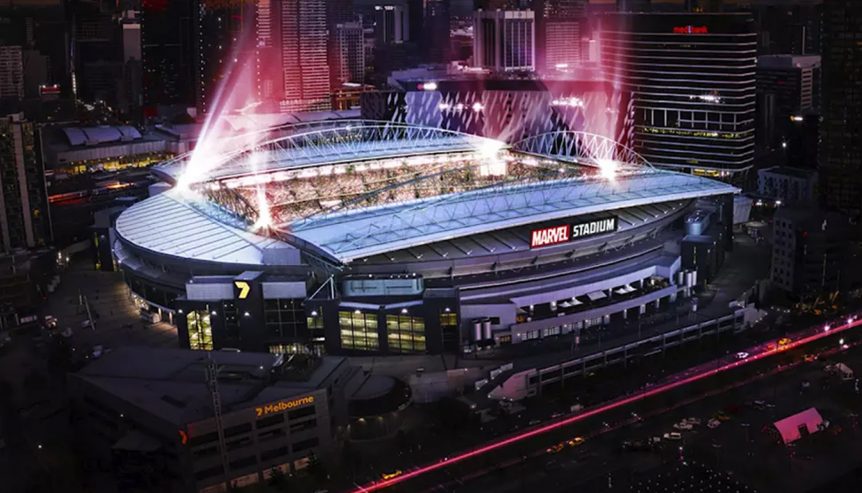 The AFL has today announced a change to the management of Marvel Stadium, with the venue to transition into a business unit within the AFL organisation and a senior Executive to be recruited to drive the ongoing integration and redevelopment of the stadium.

AFL CEO Gillon McLachlan said that after taking ownership of Marvel Stadium in 2016 and with the venue continuing to perform well above expectations, it was the right time to re-align the executive structure and accelerate the transition of the venue and its staff into the wider AFL organisation.

“We are redeveloping the stadium and surrounding precinct into what we believe will be the most fan-friendly multi-purpose stadium in the world” – Gillon McLachlanA new AFL General Manager will be appointed who will be responsible for the overall performance of the stadium and will sit as a member of the AFL Executive, reporting to the AFL CEO.  A recruitment process will begin for the new Executive role next week.

“We are entering a really exciting period over the next few years where we are redeveloping the stadium and surrounding precinct into what we believe will be the most fan-friendly multi-purpose stadium in the world,” Mr McLachlan said.

“I am excited by what the redevelopment will deliver inside and outside the stadium to create a better experience for fans, particularly families, who attend the Docklands precinct.  I will be working closely with the new stadium management team over the next three years as we redevelop Marvel Stadium to ensure it continues to be a great venue for fans and the wider community while also driving greater value for all the major sports and entertainment providers who use it.”

The full integration of Marvel Stadium and AFL is expected to be complete during 2020. Mr McLachlan said in the meantime it would be business as usual with the stadium hosting a series of major events including RnB Fridays Live, the U2 Joshua Tree concert, a three-day international conference along with A-League and Big Bash League matches.

Mr McLachlan also announced other changes to the management of the Marvel Stadium redevelopment.

Mr McLachlan said Mr Gunston would continue to be a member of the AFL Executive, mentor AFL and AFL industry executives and provide support on projects while also having the opportunity to take on non-executive roles outside of the industry.

The Marvel Stadium Project Team will also be boosted by the appointment of experienced development and construction executive Matthew Chun as Project Director.  Matthew comes to the AFL with significant development experience, having been the CEO of both Becton Property Group and Simonds Homes.

As well as leading the Marvel Stadium Redevelopment Project, Matthew will oversee all AFL property development projects, and will report to Ray Gunston.