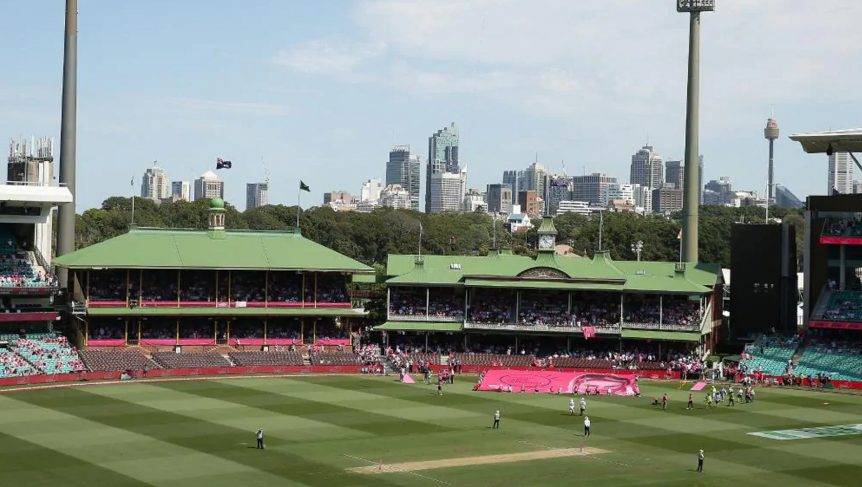 The AFL has stepped up its push for the most sacred 22 yards of turf in Australia to become sacred no more.

The Daily Telegraph can reveal the Sydney Cricket Ground Trust has formed a committee to formally consider a drop-in wicket; a study which it says it has commissioned at the request of the AFL.

It’s the first concrete indication that the SCG Trust is giving serious consideration to pleas from the Sydney Swans to remove the traditional cricket wicket and modernise the playing surface for its other role in hosting winter football.

The monumental decision in the face of two fiercely competing forces would be the biggest change to the fabric of an international cricket icon that has hosted Test matches since 1882.

The Melbourne Cricket Ground transformed to a drop-in almost 25 years ago, and Adelaide and Perth have since followed suit, leaving Sydney and Brisbane as the only major cities that have stayed true to the traditions and purity of traditional wickets.

The Sydney Swans went public earlier this year with their desire for drop-in technology amid concerns over the centre square, and now the AFL has thrown its weight behind the push to bring the polarising issue to a potential tipping point.

The SCG say that its committee will carefully examine arguments from both sides of the oval divide.

“At the request of the AFL, the SCG has formed a committee to consider advances in drop-in wicket technology,” said an SCG Trust spokesman.

“The committee is made up of Trustees and independent experts and will consider the needs of all sports partners and other stakeholders.”

Melbourne’s drop-in pitch has been consistently panned for producing stagnant Test cricket over a number of years, however, Adelaide and Perth’s transportable surfaces have received better reviews.

Cricket NSW is opposing the move, fearing it will result in boring cricket which will turn off spectators.

“The move to a drop-in wicket with lifeless uniformity will create the risk of boring cricket,” Cricket NSW’s submission to the committee says.

However, many industry insiders believe it’s almost inevitable that the ground will at some point have to reluctantly abandon tradition and modernise itself as a multipurpose venue.