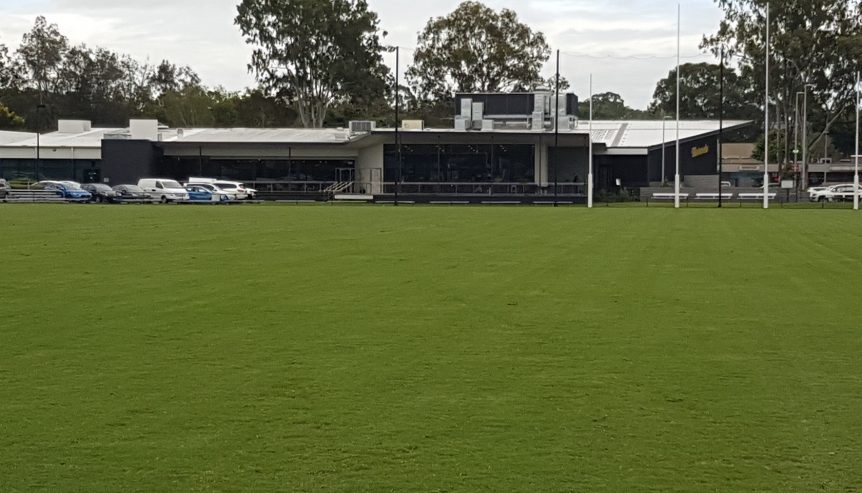 Regional football grounds are constantly being challenged to improve the quality of their surfaces to make way for the increasing professionalism of our codes in Australia.

The oval at Graham Road is the home of the Aspley Hornets who play in the NEAFL competition. The NEAFL is a second-tier league, sitting below the AFL and features the reserve teams of four AFL clubs (Lions, Suns, Swans and Giants), playing alongside six non-AFL affiliated NEAFL senior teams. Because of this, the playing surface is required to be presented to AFL standard, as it hosts AFL listed players throughout the season.

Chris Dalton is a Sports Turf Manager for AFL Queensland’s Sports Turf Unit and is contracted at Aspley Oval. The Sports Turf Unit provides a full turf management service for their clients, offering a wide range of services from mowing and turf renovation works, right through to managing oval re-builds.  They also liaise with government bodies and sports clubs to secure funding for facility upgrades and provide general support and advice to clubs.

Chris explains that the playing surface at Aspley had previously been suitable for community level football, but wasn’t up to an AFL standard. This led to the club seeking funding for an upgrade, which was supported by the Federal Member for Petrie, Luke Howarth MP. With the funding secured, the works begun in October 2017.

Prior to the Toro upgrade, the irrigation system was over 20 years old and was consequently becoming unreliable. Under the guidance of AFL Queensland’s Sports Turf Unit, Irri-Flow Contracting were appointed to upgrade the irrigation system. The works included installation of the Toro T7 Series Rotor and Toro P-220 valves. A third 45,000 litre holding tank was also installed, which increased the facility’s total water holding capacity to 135,000 litres. The pipe size of the mainline and cabling size was also increased. 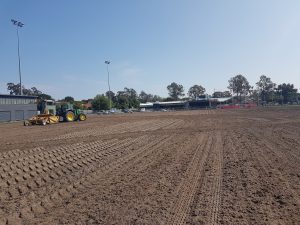 Chris says he has noticed a significant difference in the sprinkler system since the upgrade took place.

“I’ve noticed the different watering pattern of the sprinkler compared to the previous sprinkler type. The T7 appears to provide a more uniform coverage across its entire range, and importantly, not placing too much water close in to the sprinkler creating wet patches,” says Chris.

In addition to the irrigation upgrade, Twin View Turf were appointed to rebuild the playing surface over a 16-week period. 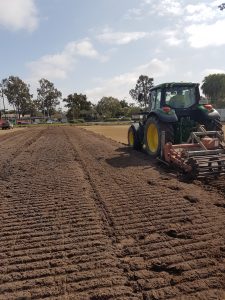 The works included the installation of a sub-surface drainage system, 1500 tonne of topsoil being imported for final grading and levelling and finally, the surface was laid with Nullarbor couch.  A full maintenance program was implemented through the establishment phase, before the club regained maintenance of the oval in late January 2018.

“The changeover to a Toro irrigation system, in conjunction with the other upgrades has led to greater efficiencies with the delivery of water and our overall management of the playing surface,” says Chris.

“As well as the improved performance of the irrigation system, we now have a more sustainable system that will assist our AFLQ team to maintain Aspley’s oval to one of the premier playing surfaces in south-east Queensland for years to come.”

In addition to the new facilities, it’s an exciting time for the Aspley Hornets Football Club, who hosted their first AFLW match recently as part of the AFLW’s Winter Series competition.  Chris says that without the support of Federal Member Luke Howarth MP, the club wouldn’t have had the opportunity to host such an event, due to the playing surface not being up to AFL standard.

Do you want to learn more about Toro’s Irrigation Solutions? Find out more by visiting their website.