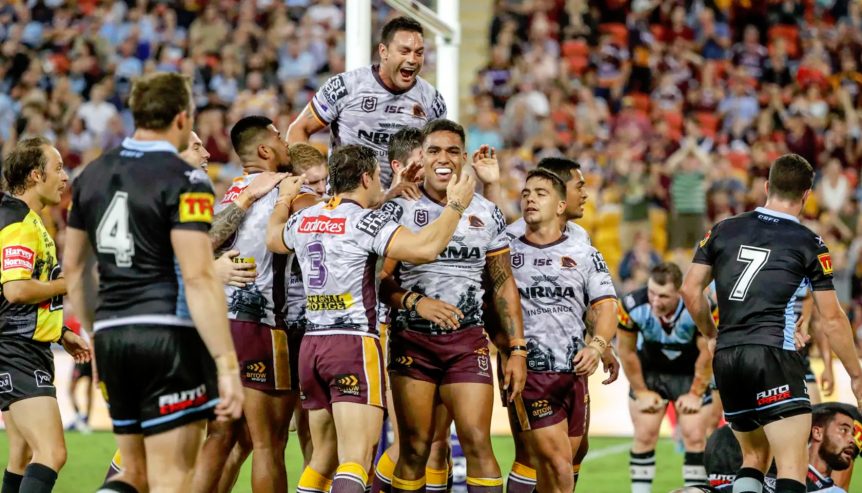 The NRL will introduce an AFL-type policy which will require all its playing surfaces to meet specific criteria – even requiring weekly reporting from clubs – as it insists Suncorp Stadium will handle the burden of eight matches during the inaugural Magic Round.

NRL head of football Graham Annesley will dispatch staff to Brisbane on Tuesday to monitor the preparation of the Suncorp Stadium surface, which will be the first Australian venue to host every game during one round.

Amid early season concerns over the state of some surfaces such as the SCG and Lottoland, the NRL has quietly been formulating guidelines that each of its 28 venues will be required to meet.

It’s been designed in consultation with independent turf experts and is expected to be in place for the 2020 season.

“When the AFL play at all their grounds they have minimum standards of firmness and other measures,” Annesley said. “Every ground is required to take readings and submit them to the AFL to ensure things are within the range that is acceptable. They are the things which we are developing.

“They tend to play at a lot of major venues where we play at suburban grounds and privately owned venues. We’re mid-way through a process at the moment, which will probably be in place for next year, where we’ll develop similar standards and require clubs to report on that.

“That’s not in place yet, but we have been working closely with Suncorp in preparation for Magic Round.”

The Sharks-Titans will kick-off the round on Thursday night before the Rabbitohs and Cowboys close the four-day extravaganza on Sunday afternoon.

The NRL has already received an independent turf management report several weeks ago in preparation for Magic Round, which is a replica of the successful English Super League concept.