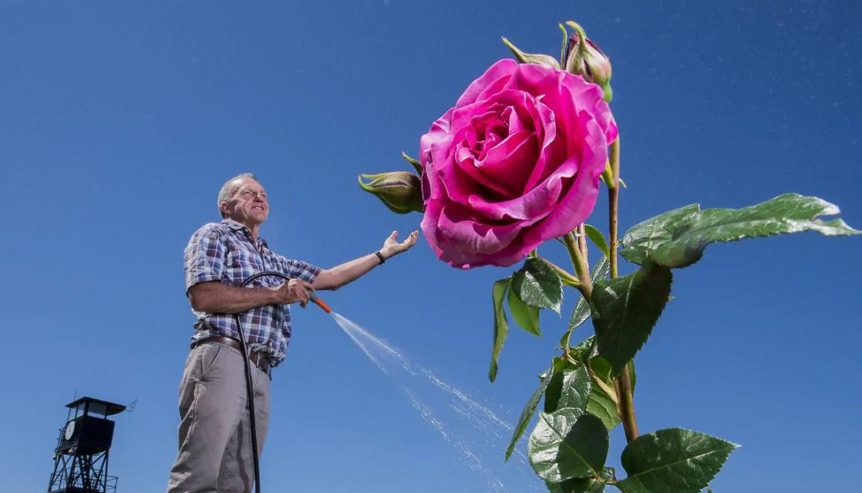 A lot has changed about Flemington Racecourse’s rose garden since “keeper of the gardens” Terry Freeman arrived as a 16-year-old.

It was 1976 and Flemington’s display of about 6000 roses was already becoming a celebrated sideshow to the famous Melbourne Cup Carnival.

Freeman has overseen the magnificent transformation of Flemington’s spectacular gardens for more than four decades, including 23 years as head gardener.

Now, he’s preparing to hand over the reins to long-time deputy Mick Ryan at the end of this year’s carnival, with travel high on the agenda.

“The gardens were much smaller (when I started),” he recalls.

“They started at the turnstiles where you walked in to the enclosure. There was just a gravel carpark and an old chain mesh fence along Epsom Rd. When you drove in along Epsom Rd, we used to say it was like Siberia. There was just nothing. There were 6000 roses back then. There are 16,000 now.”

Another significant change from those early days has been Freeman’s attitude toward the famous feature blooms.

“I didn’t like roses when I first came here,” he admits.

“Mum, I’d class her as a good gardener, but she couldn’t grow roses, so I’d developed this (negative) opinion of them.

“When I got the job here I thought, ‘It’s a job, but all they’ve got is roses’ and I wasn’t all that excited.

“Anyway, my opinion changed. I just learned from the other gardeners how to look after them properly.”

It’s a stark contrast to Ryan’s reaction to landing his role as part of Flemington’s “gardening gang” in 1989, also aged 16.

A local boy, Ryan had developed a passion for roses while helping his mother tend to hers, and working in Flemington’s garden was his idea of a dream job.

“I was rapt. I used to live across the road and I ran home to my mum to tell her,” Ryan says.

Flemington Racecourse has the largest public rose garden in the southern hemisphere. While the thoroughbreds are the headline act on race day, the roses have made their own mark in Victoria Racing Club history — a feat Freeman is largely credited for.

“He’s so passionate, really committed to the racing club. He’s here every day — I don’t think he’s ever had a sick day,” Ryan says.

“He’s forever in the garden looking at ways to improve and always trying to teach people and help out where he can. He never got married. This place is basically his wife and his life, he’s loved and cared for it.”

The gardening gang comprises 18 full-time staff, all well versed in the precise art of priming roses to open in all their glory for that magical week of the annual Melbourne Cup Carnival.