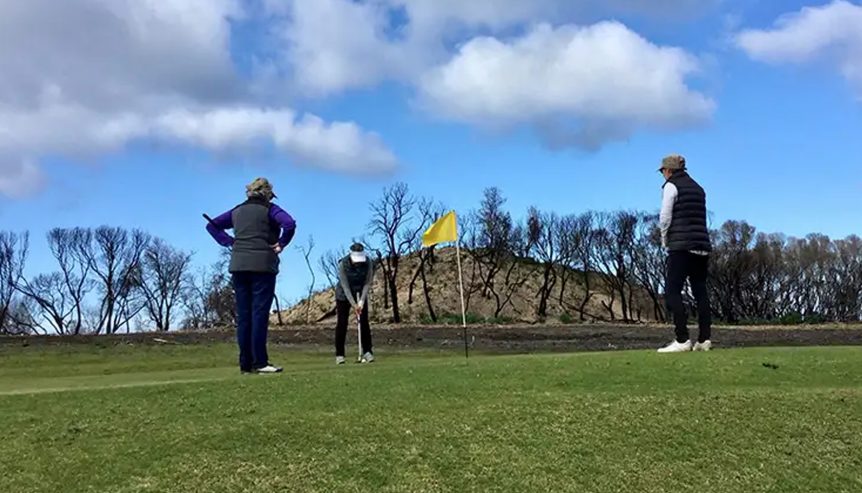 Golf clubs in Australia’s worst bushfire affected regions have received a funding boost, thanks to the generosity of the golf community around the world.

In January 2020, the Australian Golf Industry Council (AGIC) established the 2020 Australian Golf Bushfire Appeal Fund via a GoFundMe Page to raise funds for golf clubs who had been impacted by the fires.

“Our industry was heartbroken at the destruction that was caused by these fires,’’ Kirkman said.

“And now with COVID-19, these communities are facing an even tougher challenge, taking a bigger hit due to the significant downturn in visitor numbers.

“I have no doubt that the monies raised will go a long way in assisting affected golf clubs in their recovery.”

Kirkman said that the funding was in addition to individual fund raising efforts made by clubs and golf organisations, as well as the Melbourne Sandbelt’s initiatives including the Premiers Cup in Victoria, which raised $500,000 through a charity event held at Royal Melbourne Golf Club over the Australia Day long weekend.