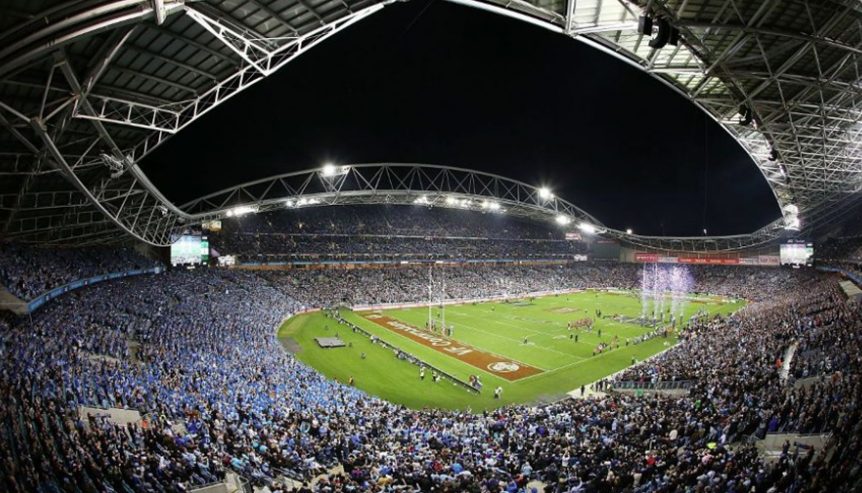 An AFL grand final in Sydney?

It’s enough to send a shiver down the spine of every footy loving Victorian, but it could be a reality in 2020.
While the rest of Australia continues to ease restrictions, Melbourne’s recent spike in coronavirus cases has seen them again enter a lockdown and other states shut their borders.

The AFL is reportedly already looking at alternative venues to host the grand final should travel restrictions to and from Victoria continue.

With Hawthorn, Melbourne, Collingwood and Geelong all currently based in Sydney, ANZ Stadium has been suggested as a possible host for the season finale.

NSW Premier Gladys Berejiklian, who has built a solid relationship with the AFL over the past week or so, confirmed the state would host the grand final.

“Absolutely, but I don’t want to say anything that is going to make life even more difficult for Victorians today,” Berejiklian said.

“We empathise completely with what they’re going through.”

ANZ Stadium hasn’t hosted an AFL game since the 2016 qualifying final between Sydney and GWS, when 60,000 people turned up to see the Giants win their first final.

The Swans had an agreement to play three games at the venue per season, though since the start of 2016 they’ve played all their home-and-away matches at the SCG.

Often criticised for its poor atmosphere, ANZ Stadium has already been slapped down as a potential grand final host by commentator Gerard Whateley.

“It’s got nothing on Optus Stadium and Adelaide Oval. If there needs to be a rallying, we need to rally for Perth and Adelaide.

Another factor counting against ANZ Stadium is the dimensions of the ground.

At 161 metres long it’s similar to the MCG, though its 118-metre width leaves it 20 metres tighter than the home of footy.