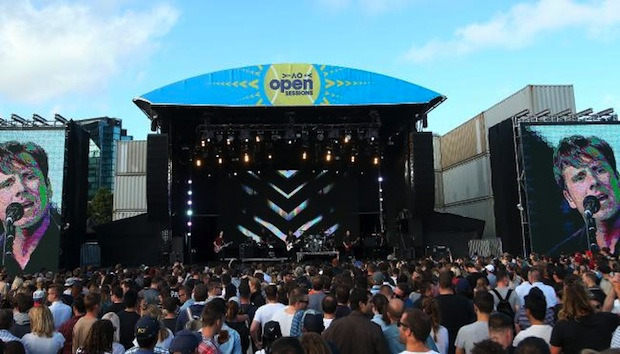 Tennis Australia chief Craig Tiley has encouraged other codes to follow the sport’s lead in bringing Melbourne to life following the most successful Australian Open ever.

As thousands flocked to a fairytale men’s final between Roger Federer and Rafael Nadal, the Melbourne grand slam was on track to break last year’s attendance record of 720,363 over the fortnight.

Mr Tiley expected the dream final to be the biggest in the Open’s history.

“I expect us to fully surpass any record we’ve had previously, from a global audience point of view,’’ he said.

“It will be the biggest crowd for a finals weekend, for sure, and then from a global audience we know our event last year surpassed 350 million globally. All the indicators are that it will surpass that.’’

The Open has also been a smash away from the courts.

A new city-side footbridge entrance has extended the tournament’s reach from Melbourne Park along Birrarung Marr to the city fringe.

The revamp includes a vast new space for bands to play on the middle terrace of Birrarung Marr, a children’s zone, and new entertainment precincts.

The Open also boasts corporate suites with river views, and uses the Collingwood football club’s Glasshouse as a function space.

Mr Tiley said Tennis Australia had created a blueprint that could be used by the AFL for the Grand Final and the Anzac Day match, and by Cricket Australia for the Boxing Day Test and Big Bash blockbusters.

“My view is that we want this to be a platform,’’ he said.

“Turn around, face the city. Bring the fans down from the city, make it easier to get in, make a bigger area, and have some fun.

“We’ll continue to push the envelope.”

Anyone with an Australian Open ticket in the first week of the tournament was admitted to free concerts by Missy Higgins, Jimmy Eat World and The Temper Trap in the new music precinct.