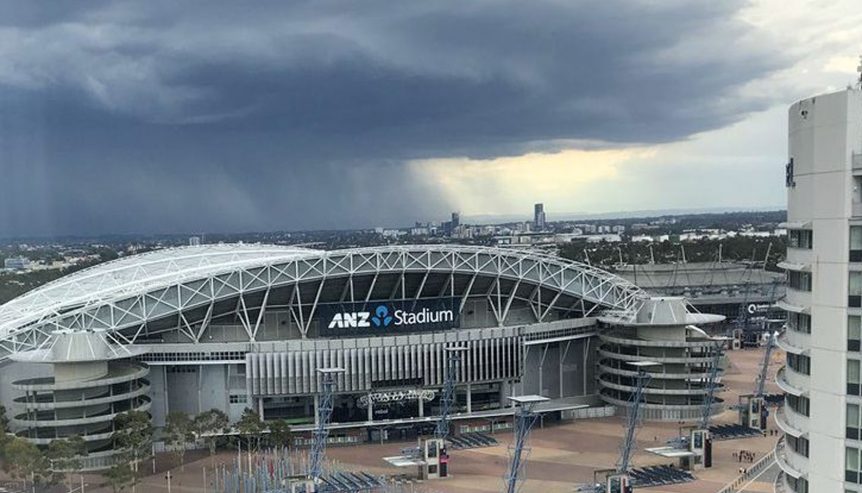 The NSW Government has announced it will be dumping its plan to revamp Sydney’s Olympic Stadium, instead pledging to put the $810 million of savings into fast-tracked infrastructure projects.

Premier Gladys Berejiklian made the refurbishment of Stadium Australia — Australia’s second largest venue — one of her key promises in last year’s state election but said in the pandemic crisis “it no longer makes sense”.

Today, she announced the $3 billion acceleration fund to fast-track the state’s infrastructure project, with a focus on what she labelled smaller “shovel-ready” and “screwdriver ready” projects.

She hoped the additional funds — which boosted the state’s economic recovery pipeline from the virus to $100 billion — would inject up to an extra 20,000 jobs across metro and regional NSW.

“Yes, the ANZ stadium was a priority for us, but since the pandemic, the priorities have changed,” she said.

“We want to put every dollar we have into job creation and into job keeping.”

The Premier said about 220,000 people in NSW have become unemployed amid the “economic devastation” of the coronavirus.

The plan to abandon the Sydney Olympic Stadium was met with some derision from the the Western Sydney Chamber of Commerce, who said the region just lost thousands of job opportunities.

“This was a project that was ready to start employing thousands of workers and materials to keep the economy moving during a downturn,” the chamber’s executive director .,David Borger, said.

“Not doing ANZ stadium, means not spending any money in Western Sydney and it would’ve taken a couple of years to build to pull us out of this recession.”