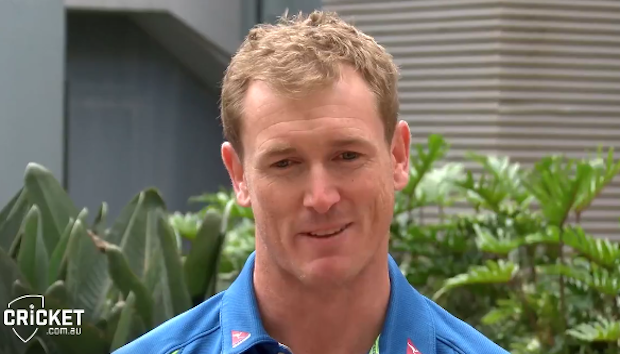 Tony Liberatore’s viral boundary-line fan chat about his ‘Ashes century’ has piqued the interest of Australia’s cricketers in South Africa.

He’s just helped the Western Bulldogs to their fairytale Australian Football League premiership, and now could Tom Liberatore be about to lift Australia’s cricketers out of their slump in South Africa?

A viral social media interview with the Bulldogs’ star on the boundary of the MCG after Saturday’s grand final against Sydney has not gone unnoticed by Australia’s touring cricket team.

In the impomptu tongue-in-cheek chat with the fan, Liberatore deadpans that he’s just won an Ashes Test match.

“I made a hundred,” Liberatore says with his premiership medal draped around his neck.

Australia batsman George Bailey is clearly intrigued, and a master of the deadpan comedy himself, claimed the team is hopeful Liberatore can touch base with them ahead of their must-win third one-day international against the Proteas in Durban on Wednesday (10.30pm).

“We’re desperate to hear from Libba, so mate, I know you’re having a Mad Monday, as you should be, with the rest of the boys but we need your help. Any tips would be greatly appreciated.”