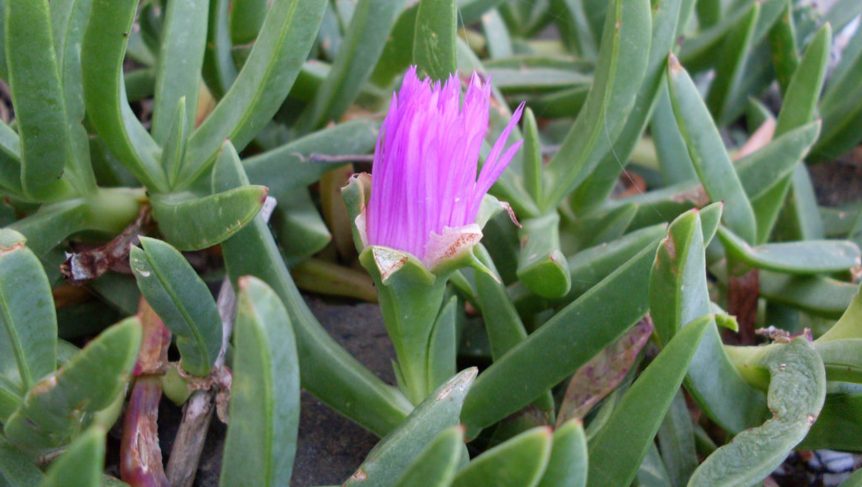 Australian bush foods have been appearing on more and more plates across the world.

But unbeknown to most Australians, these foods — some which have been part of the Indigenous diet for generations — are all around us.

Take a stroll down to the beach and you might find pigface, a plant that produces an edible fruit, while native mint can grow endemically in southern Australia.

But despite the abundance of some foods, other species are under threat as cities expand and the climate gets hotter.

Now Aboriginal corporation First Hand Solutions has launched a project, known as IndigiGrow, to educate residents about common natives and their uses.

IndigiGrow founder Peter Cooley said he hoped the project would inspire all Australians to protect their local flora.

“Across Australia the bush foods industry is just waking up,” Mr Cooley said.

“We have 6,500 bush foods [in Australia] and at the moment, only about 20 have been developed for commercial markets.”

The bush foods industry is believed to be worth about $20 million, largely driven by overseas demand for just a few products.

Mr Cooley said many of these native plants had been used as food and medicine for generations, but were largely unknown to the broader community.

Indigenous representation in the supply chain is less than 1 per cent, according to industry group Bushfood Sensations.

So, where can I find them?

“We used to spend a lot of time as kids eating it after school,” he said.

“It produces a flower to start with, it’ll swell up and the base will go red and then it’ll have a fruit you can pull out.”

Mr Cooley said the plant was often used as a remedy for skin irritation.

“It’s quite good for burns, and it’s right there on the beach. Great if you’re sunburnt at the beach, pick a leaf and inside the leaf there’s a lot of moisture … you just rub it on.”

It can be crushed up in baking but also used fresh, mixed through salad and other dishes.

“The main flavour from the leaves is obviously salt, but it’s got a lot of uses.”

These berries grow on an endangered sub-species of the eastern suburbs banksia, in the Sydney area.

“This is a very special and talked-about plant for our old people,” he said.

“It took me almost 50 years before I got to taste the fruit.”

Mr Cooley launched this project to try and protect the plant — one he has struggled to cultivate even in his bush nursery.

Finger limes are native to southern Queensland and northern New South Wales, and one of the most common natives to be cultivated for commercial use.

It is marketed as “citrus caviar,” for the fruit’s small, pearl-like fruit, with a taste very similar to common lemons and limes.

“We have grass in Australia that can be turned into flour, so kangaroo grass, wallaby grass … but also a lot of edible citrus,” he said.

“You’ve got native guava, native passionfruit, the finger limes, instead of traditional lemons and limes.”

This plant can grow endemically in southern Australia.

According to Mr Thompson it is a straight-up Australian alternative to more the well-known peppermint and spearmint.

He said using native varieties in cooking also made for more sustainable gardening.

“Australians are very dispossessed from our knowledge of plants, but if we let the plants grow that are endemic to the area, you bring back that diversity into the whole ecosystem,” he said.

“If you let wattles come up, they’ll feed nitrogen into the soil and help all your other plants.”

“You can ensure biodiversity isn’t affected by your activity as a gardener … but you can actually help to maintain it.”