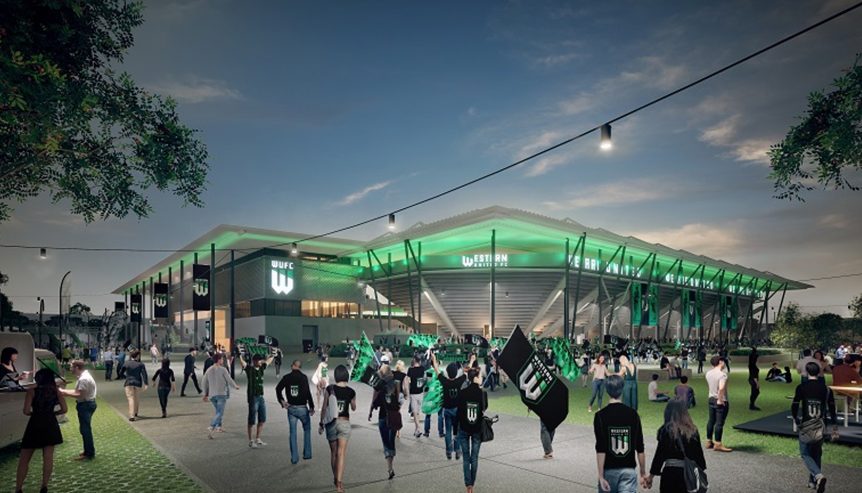 As the driving force behind Australia’s first private-public partnership to build a major sports stadium, Wyndam City Council’s Director of Deals Investment and Major Projects Kate Roffey has a thing or two to say about thinking outside the box.

Wyndham City and Western Melbourne Group are developing a 15,000 seat stadium as the home ground of A-League newcomers Western United.

Wyndham announced in December that site investigations for the development had been completed and council was pressing ahead with planning permissions and work permits. The first sod is expected to be turned midway through the year.

Ms Roffey says it all began with a dream of an A-League license. The group behind the bid had approached councils last year to support them in their quest, and Wyndham agreed to come on as a partner and build a new privately funded, value captured home stadium for the team.

“Part of the deal was that we would build our own 15,000 seat rectangular stadium for the team using council owned land which we sold to the Western Melbourne Group,” she told Government News.

“With the profit they get from the development they pay to build the stadium.”

The deal is the first of its kind in Australia, Ms Roffey says.

Mayor Josh Gilligan calls the deal a “critical component of the Wyndham 2040 commitment to be a place for people”.

It’s one of the examples of innovative finance models she’ll talk about next week at the Smart Local Government Summit 2020 in Melbourne.

Ms Roffey says smart cities are about more than technology.

“The thing that we’re missing in those smart city conversations is the innovation element in terms of how do we actually deliver a better sense of place and better opportunities for our residents to live in place and enjoy where they live,” she said.

“To me the smart city is about actually delivering better infrastructure, better connectivity, more jobs, better sense of place for people.

“In terms of the A-League deal they’re the sorts of things I’m talking about – how do we actually leverage opportunities more effectively to deliver – in this case, infrastructure.”

The stadium financing model marked a shift away from the traditional means of delivery, Ms Roffey says, which has always relied on government money.