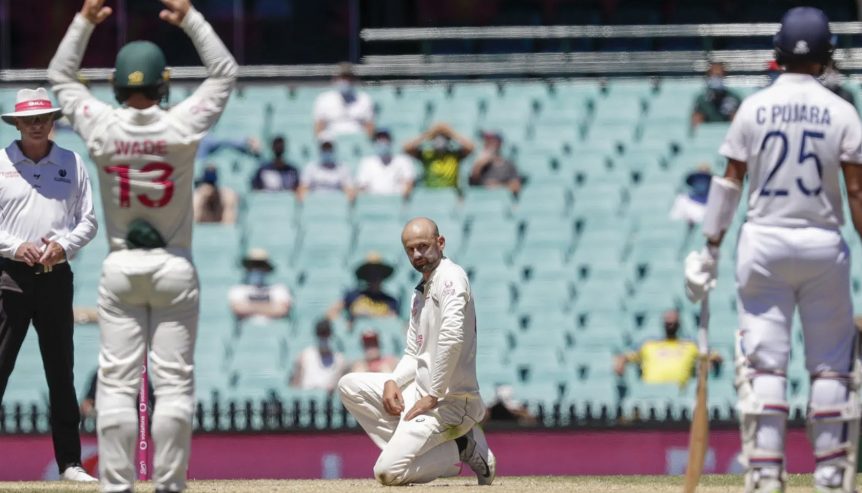 The SCG pitch has tumbled in the ratings and three other Test venues have also taken a hit as leading match referee David Boon scolded Australia’s top curators with his verdict on this summer’s matches.

Boon has left some venues privately puzzled by his verdict of the Adelaide, Melbourne, Sydney and Brisbane pitches in a season when three Tests produced an outright result while Sydney had a final-day thriller when both teams had been in a position to win before India held on for a draw.

Sydney took the biggest hit, having been downgraded from “good” to “average”, the lowest pass mark, only one spot above a negative result. It had been rated as “good” in the Test against New Zealand last summer.

Melbourne, Adelaide and Brisbane were also given a clip, slipping from “very good” to “good”, but all four venues avoided accruing demerit points, which only begin from “below average”.

Boon, who did not wish to comment when contacted, is considered a hard task-master but his ratings have privately surprised some venue operators.

SCG curator Adam Lewis told The Age and Sydney Morning Herald on Thursday that he had not been surprised by the verdict, citing the disruption that Sydney’s big wet through December in the lead-up to the Test, then having more than three sessions lost over the opening two days, had caused.

“We had an average of three hours of sunlight leading into the Test. The conditions we were dealt with were very, very difficult,” he said.

Lewis said the poor weather meant the pitch was a “day-and-a-half behind” in natural deterioration.

Having overseen his fourth Test, Lewis said he had no issues with the Bulli soil used, made up of clay and basalt of volcanic origin, but Boon’s concern appeared to be that it did not crumble as much as hoped. It did not deliver the uneven footmarks that can make the ball spit on a final day and the bounce was still high – something that spinner Nathan Lyon and Lewis were left to rue.

“When he [Lyon] went for those DRS [lbw appeals], the bounce was still bouncing over the wicket, which goes to show it was holding together,” Lewis said.

While Boon marked down, 31 wickets fell during the Test, which also produced a Steve Smith century, a 91 from Marnus Labuschagne and an enthralling final-day 97 from Rishabh Pant, which almost dragged the tourists to victory. Lewis was given a “very good” rating for all four white-ball matches against India at the venue. 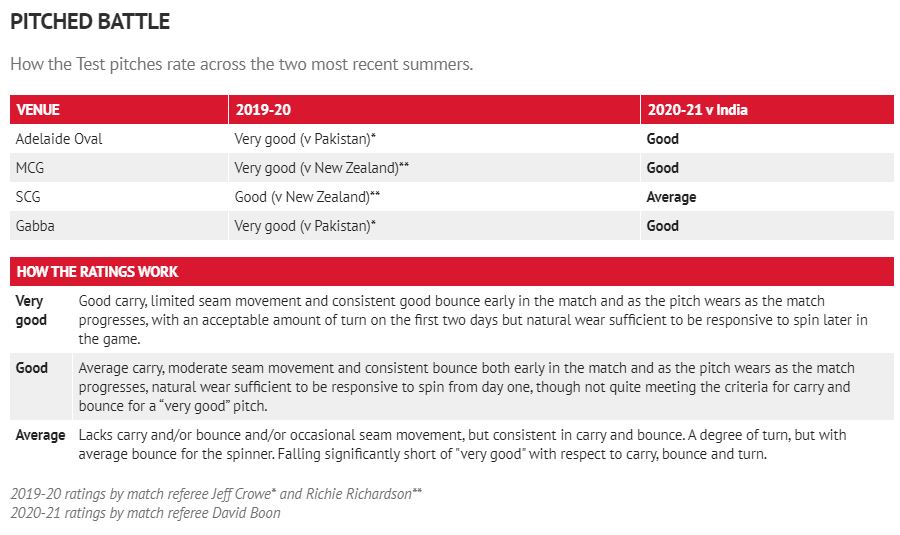 MCG curator Matt Page took a surprise hit despite India claiming a famous eight-wicket win inside four days. Boon branded the drop-in pitch as “good” – a dip on last year’s “very good” against New Zealand. However, Page was widely praised by commentators for this summer’s deck, which had an uplift in pace and carry despite ground staff not having any first-class cricket at the venue leading into the Test because of Melbourne’s earlier lockdown.
Source, Images & More: ICC Test pitch rankings: