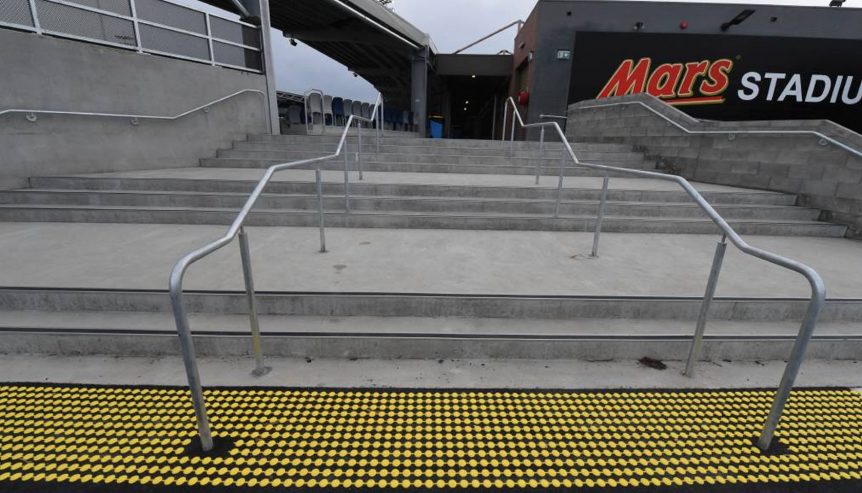 The welcome to Mars is getting closer to a whole new look as sports continuing awaiting a re-entry to play.

City of Ballarat has opened the tender process to upgrade the main gateway to Mars Stadium, including ticket boxes, as part of a plan to improve facilities for hosting elite sports and events.

This comes under an $11.8 million pledge for the precinct from Labor leading into the 2018 state election with $6.6 million dedicated to Mars Stadium upgrades and a further $5.2 million for the newly opened Ballarat Sports and Events Centre.

The state government is expected to reveal further details on both projects on Monday.

Mars Stadium has played host to five AFL premiership season matches since 2017 and has become a venue for A-League, Super Rugby and Nitro Circus this past summer.

But, as outlined in City of Ballarat tender documentation, the stadium’s infrastructure and support amenities were limited to hosting larger crowds and could become a sticking point to retaining and attracting such events.

Planned upgrades will include permanent accessible toilets and improved disability access to seating in the western and eastern stands.

Standing areas for spectators will also be improved for viewing on the terrace.

Existing change room facilities will be made female-friendly compliant.

There will also be permanent food and beverage facilities to feed fans.

A redeveloped Northern Oval reopened as Mars Stadium after a $22 million upgrade to transform it into a facility capable of hosting AFL in-season matches. The AFL-sanctioned capacity is 10,700 fans and in 2018, City of Ballarat explored development options to expand AFL match capacity to at least 15,000 fans, according to the project tender outlines.