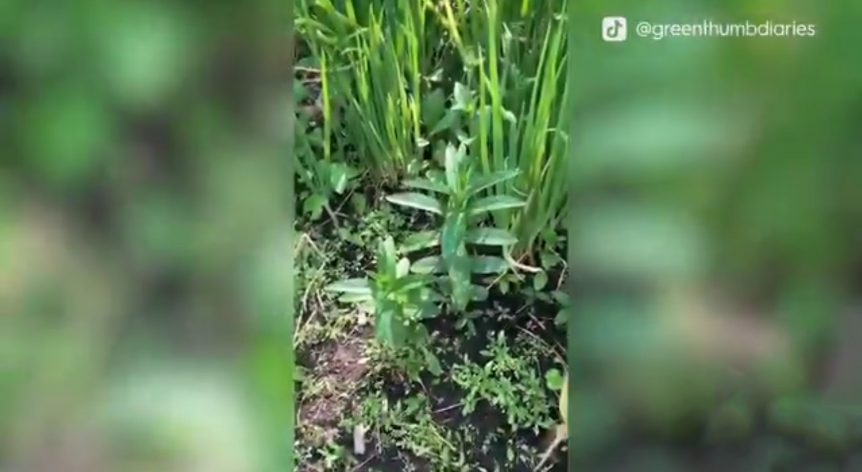 Herbs are a wonderful plant to grow in the garden, but there is one variety you need to take special care with, or it will cost you a whole lot of time and money.

A gardener from Canada, who goes by the handle @greenthumbdiaries, has revealed in a TikTok video that mint is particularly problematic.

Jenna explained the herb has taken over her garden after the previous owners of her property planted it directly into the ground.

To get around this problem all you need to do is grow mint in a pot so that it stays contained in the one space.

Jenna’s advice has attracted plenty of interest from followers, who have watched the clip more than 400,000 times.

It seems mint is spreading all over the garden for many people.

“I’m drowning in mint as we speak!” one wrote in the comments.

“My neighbour planted some and now it’s creeping into my garden. I’ve been removing them but they keep coming back,” one person posted.

Some viewers revealed the problem is still plaguing them even with mint in pots.

“Don’t put in a nice pot either. Grew it in a ceramic pot this summer and the roots grew so much inside the pot I could not get the plant out,” commented one gardener.

“Too late for me. Was contained in a pot. Roots came out of the holes. It’s everywhere after four years,” a woman said.

Another viewer warned mint isn’t the only herb that has this problem.

“That and lemon balm! It’s all over my garden. Especially bad this year. At least it smells nice when you rip it out!” they wrote.

Though mint is definitely an invasive species that bothers a lot of people, not everyone is mad about having this problem. There were plenty of followers who seem thrilled about having an excess of mint all over the yard.

“I did it girl, I did it because I love mint tea so much, so I need a lot of mint,” a woman commented.

“I’d let it grow everywhere. It keeps the bugs away. The best invasive plant out there,” another said.

The warning for mint goes for peppermint and spearmint too, as they grow the same way. If you still plan on growing varieties of mint, you also need to plant them separate from each other as their scent and flavours can blend.