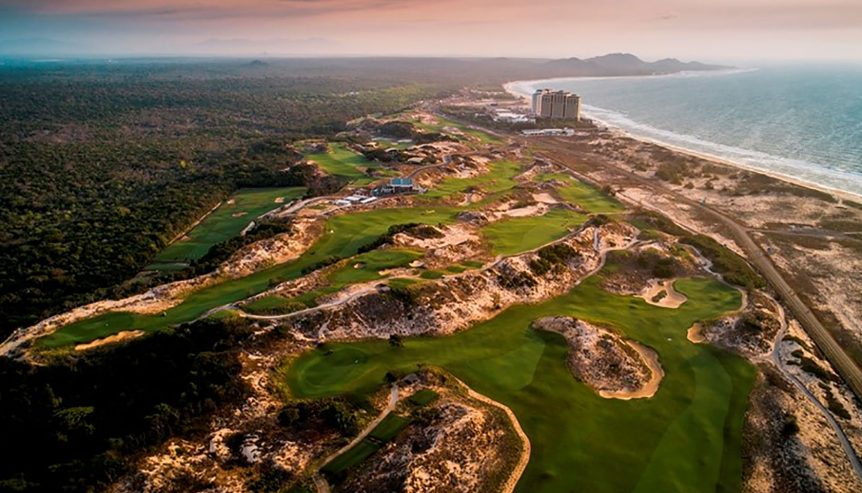 The Bluffs Ho Tram Strip has retained its standing as top club in Vietnam according to the latest Top 100 Golf Courses’ rankings for the country: updated for 2020 and released in May.

Not only was the club rated best in class for the country, it also kept its berth in the top-10 of clubs in Asia, coming in at #10 in the updated rundown.

The Greg Norman-designed track on the country’s sun-kissed south-central coastline faced strong competition in the Vietnam rankings, with a number of contenders tipped to steal its crown.

Nevertheless, it held strong in the opinion of the resource’s international team of raters to shake off challenges from new additions to Vietnam’s golf scene such as Hoiana Shores, designed by Robert Trent Jones Jr, and another Norman design, KN Golf Links Cam Ranh.

“It’s a tremendous achievement for us to retain our status as Vietnam’s #1 golf course,” said Gary Dixon, General Manager of The Bluffs. “We’ve been around since 2014 and we’ve seen several new clubs emerge during that time as the golf scene in Vietnam continues to grow. Therefore, its testament to the strength and timelessness of Greg’s design that we are still considered the best in the country.”

Indeed, The Bluffs Ho Tram Strip is regarded as one of the Australian’s legend’s crowning design achievements.

Routed over and around towering seaside sand dunes, it is one of the few championship-calibre links courses with significant elevation changes, making for a golf experience that’s as much a feast for the eyes as it is a challenge to tame.

Despite its already-lofty standing among the world’s elite layouts, The Bluffs has recently completed a multi-faceted enhancement project designed to further elevate its profile.

In addition to reducing the amount of vegetation that has overtaken some of the dunes and removing excessive turf between and around many of the tee boxes, the maintenance crew is working with U.S.-based turf and water specialists to improve the performance of the playing surfaces, especially the greens.

The Top 100 Golf Courses list is produced with input from certified course raters from all around the world.

Masa Nishijima, the online resource’s international consultant, said of the course: “The Bluffs makes good use of the unique dunes terrain. And at every hole you feel connected to the ocean, even if you can’t always see it.”

To help capitalize on the momentum created by the rankings boost, The Bluffs is serving up a summer special in the shape of a brand-new stay-and-play package in conjunction with The Grand Ho Tram, one of Vietnam’s top luxury hotels. During June, guests can take advantage of golf/accommodation offers that start from US$229++. Laid out over spectacular rolling topography, The Bluffs is one of Asia’s most exacting coastal tests

Just a two-hour drive from Vietnam’s largest city, Ho Chi Minh City, The Grand Ho Tram Resort & Casino is the first of a group of integrated resorts and residential developments located on more than 164 hectares of land along 2.2 kilometers of pristine beach in Ho Tram, Vietnam.

A second hotel – Holiday Inn Resort Ho Tram Beach – will be a 502-key hotel featuring facilities geared for family fun. Guests can enjoy their time at swimming pools and enjoy captivating views of the long coastline at the 360-degree rooftop bar. Additionally, the hotel will have direct access to facilities including a cinema, bowling arcade, food court and water park.

Its adjacent golf course, The Bluffs Ho Tram Strip, was designed by Greg Norman and opened in 2014 and has gone on to win countless prestigious awards such as World’s Best New Golf Course and is a multiple winner of Vietnam’s Best Golf Course. The Bluffs was also the first course in Vietnam to ever make Golf Digest’s Top 100 list for courses around the world for 6 consecutive years and hosted the successful Ho Tram Open which was awarded Asian Tour Event Of The Year.