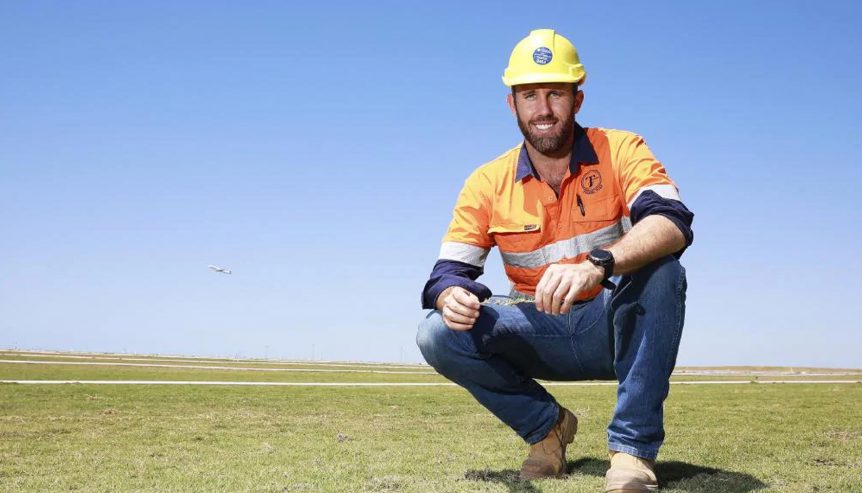 It’s Brisbane’s biggest lawn, an epic stretch of grass that would cover more than 200 Suncorp Stadiums and swallowed up nearly 500 Olympic swimming pools worth of recycled water.

Among them was finding a grass which couldn’t only withstand the salt spray off Moreton Bay, but would also prevent the possibility of birdstrikes.

“A big thing was animals, and something that seeded the least of any other varieties,” Mr Struss said.

“They’re really looking for it to have enough anchor to stop any sediment movement around jet engines,” he said.

They picked Grand Prix, a hardy, aggressive grass variety that fit the bill.

The job of growing Grand Prix takes four months and 16 megalitres of water.

“It would be one of the largest commercial jobs out there,” he said.

An expert at grass, Mr Struss said the best way to a perfect lawn was: