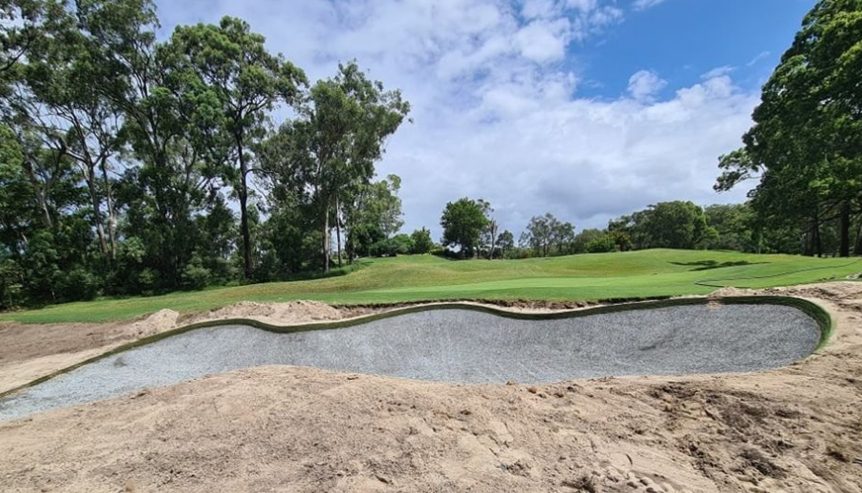 The club, located on Australia’s Gold Coast, experienced some difficulties following the construction of a clubhouse in 2007, right before the 2008-10 financial crisis. In 2017 Burleigh’s financial position improved following a land lease deal with retirement village developer RetireAustralia, for the building of 177 apartments and a wellness centre.

Burleigh’s general manager Ian Cottle said: “The result of a decade of debt was that course expenditure had been kept very low during that time, and it desperately needed investment.”

Addressing the poor bunker conditions was a top priority for the club, so it appointed Marsh in 2020 to develop a bunker plan for all 18 holes. Burleigh chose a fully sealed bunker with EcoBunker synthetic edge technology and Capillary Bunkers liner.

To test the new technology, a bunker was rebuilt on the twelfth hole and, following its successful performance, Burleigh moved forward with the renovation of all bunkers.

“Graham’s eighteen-hole bunker plan is a wonderful reference point,” said Cottle. “After the twelfth, we did the eighteenth green surround, then the fourth, and then the first. We’re still learning about this technology and ensuring the bunker presentation achieved is what we want, however the playability and drainage performance are excellent.”