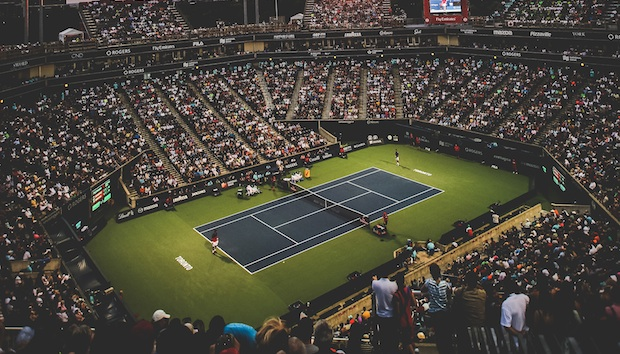 In the history of tennis, there have been four surfaces upon which the sport has been played: grass, clay, hard/acrylic courts, and very seldomly, carpet courts. Of the four, hard courts dominate the schedule every year, composing two of the Grand Slams, the World Tour Finals, and dominating the schedule from mid-July to the end of March.

Clay courts have adequate representation with three Masters tournaments, the French Open, and an almost three-month long season. Carpet courts are non-existent these days, but no one is complaining.

What comes as rather disappointing is the underrepresentation of grass as a surface. Firstly, the grass court season is only one month long, and secondly the only major tournament of any kind is Wimbledon.

Being the original surface of the sport, one would think that grass would be the surface choice of more tournments, but that is not the case. So, given the lack of significant tournaments on tennis’s original surface, how would the addition of a Masters 1000 on grass change things?

Grass courts are costly and difficult to maintain

Until the 70’s, the US Open, Australian Open and Wimbledon all used grass. In the 70’s that changed when the US Open switched to clay and then to hard. The Australian Open followed suit in the 80’s and ever since then, we have had the situation we have now: a lack of grass court tournaments. This lack of grass court tournaments could be explained by the cons that come with having one.

For starters, grass courts require very fine tuning and maintenance. They have to be watered appropriately, mowed to the right length, require a very particular type of soil, and add up to a tremendous maintenance cost.

In addition, grass courts are quite dependant on the season. The seasonal weather gives these courts a short window in which to thrive since it must be summer in order to create the right conditions.

So, given the negatives of a grass court (the maintenance costs, seasonal weather, and difficulty of achieving the ideal surface), it is understandable that not many tournaments are willing to invest in such a proposition.

A grass Masters would add tremendous value to the sport

Given the short grass court season, the ATP decided the double the value of the traditional warm-up tournaments, the Halle and Queen’s Club. In doing so, the points values for winning both tournaments went from 250 to 500. While this change was good and added value to the surface’s standing in the sport, it is not enough.

What is really lacking here is a Masters 1000 tournament. At the moment the season feels like it is over before it even starts. After the French Open, players are warming up at Queen’s Club and the Halle only a week later, and only a week after their conclusions, we have Wimbledon. After that? It’s over. No more grass courts- see you next year! It almost feels like a blip on the radar. The addition of a Masters 1000 here would absolutely change that.

In addition, the maximum points attainable from winning one of the warm-up tournaments plus Wimbledon is 2500. For hard courts, there are two Slams which alone give 4000 total points, 1500 from the World Tour Finals, and another 6000 from the Masters 1000’s. That totals to 11500 points. This means that someone who is dominant on grass but mediocre on hard courts could easily earn more points on hard courts than on grass. The same is true on clay, but to a lesser extent. The result is an inaccurate reflection of a player’s true worth.

So, aside from balancing the schedule, who would not want to see Roger Federer, Andy Murray, Novak Djokovic, or Rafael Nadal play another significant grass tournament every year? The omission of such a tournament also begs the question, how many grass Masters would Pete Sampras and Federer have won had there been one in existence? Such a tournament provides such a huge chance to generate revenue as well as see grass court specialists like these show off their skills for another week or two.

Herein lies a potential problem: the tennis schedule right now is pretty long and demanding, so adding another Masters 1000 would force a change. That change would either mean the removal of another Masters tournament (likely one of the hard court ones), the willingness of a tournament that is already popular enough to step up and fill this role, or  making it optional which could diminish it’s value slightly. Given these problems, making it optional would not be a bad thing because we all would expect the top players to be there- especially Federer.

Tennis needs this addition. I cannot see any real reason not to include a grass Masters. Yes there are negatives, but the prospect of watching greats like Roger Federer play another major tournament on his favorite surface is too great an opportunity to pass up. Make it happen!