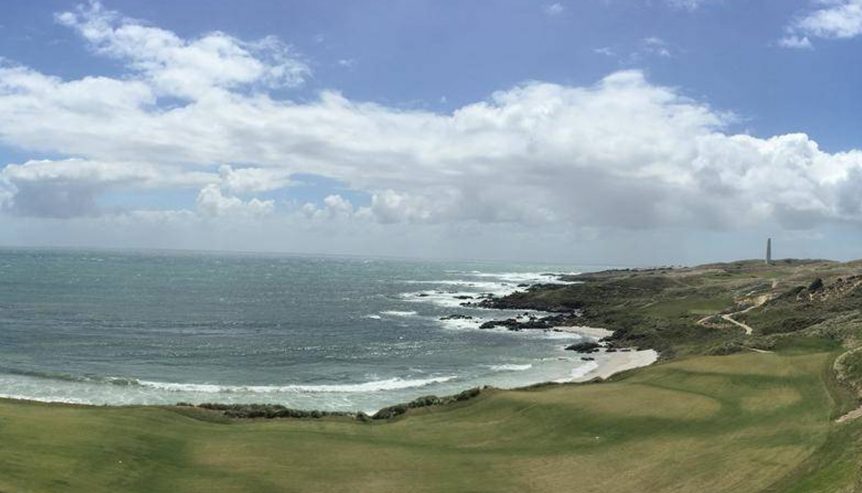 An island golf course where “you feel like you’re playing on the edge of the world” has almost pipped perennial No.1 Royal Melbourne West for the top ranking in Australia.

Cape Wickham, on King Island in Bass Strait, leapfrogged Kingston Heath into second place on Australian Golf Digest’s biennial ranking of the top 100 courses when the list was released on Thursday.

The Tasmanian links course was only completed in 2015 but almost immediately shot to international recognition and has been voted in the top 25 in the world.

Royal Melbourne has topped 16 of the 17 Australian Golf Digest rankings – in 2010 it dropped to third due to drought conditions.

But Digest editor Steve Keipert said Cape Wickham was closing the gap and could take top spot next time.

“It’s an amazing golf course in an even more amazing setting,” Keipert said.

“It’s susceptible to all kinds of weather but it’s really smartly-designed to the location it’s in, just really cleverly planned given it’s such a volatile location and climate.

“It’s an amazing experience – you feel like you’re playing golf on the edge of the world.

“This is the third top-three ranking for Cape Wickham since it opened and based on the way its progressed it definitely could become No.1.

“But we’re also coming off the back of a really successful Presidents Cup which was another reminder of what a great course Royal Melbourne is.

“So many people see it as our eternal No.1 but Cape Wickham can’t be ruled out.”