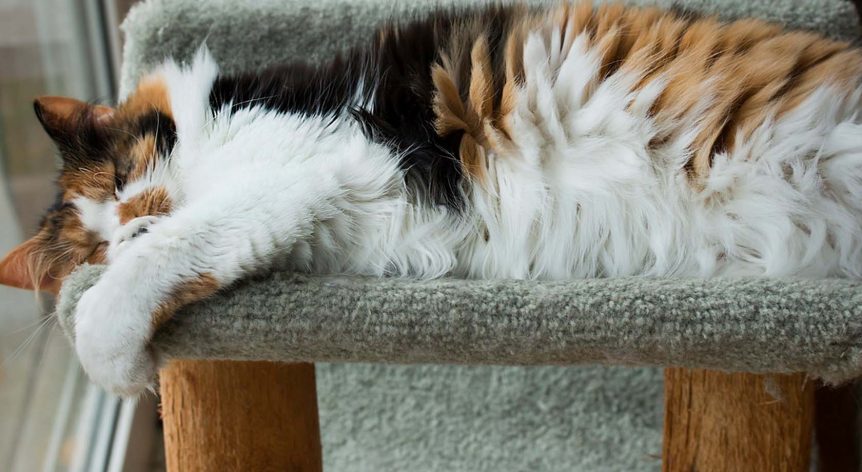 Watching the cat dangle above them as he held on for his life, the crowd began to panic.

The game was between the University of Miami Hurricanes and Appalachian State Mountaineers, but fans of both teams put their rivalry aside and came together in order to save the cat. Knowing that the frightened feline wouldn’t be able to hold on for long, a group of fans held out an American flag below where the cat was hanging as a makeshift safety net. The nail-biting moment was filmed by multiple people in the crowd, who can be heard gasping in horror as the cat begins to lose his grip. Within seconds, the cat dropped into the crowd, but was miraculously caught in the flag and seemingly unharmed. Nearby fans held up the little guy, and the crowd erupted into a giant cheer.

Season ticket holder and facilities manager at the University of Miami, Craig Cromer, was one of the heroes of the night. He and his wife bring an American flag to every game, and they cleverly decided to use theirs to catch the cat. “[People] were trying to grab it from above and they couldn’t reach it, but they were scaring it downward,” recalls Cromer. “It hung there for a little while with its two front paws, then one paw, then I was like, ‘Oh my goodness, it’s coming soon.’”

Much to the relief of everyone in the stadium, and millions of concerned animal lovers on the Internet, the cat lives! Stadium security workers brought the kitty to safety, and the stadium later announced on Twitter, saying that it had made a donation to the Humane Society of Greater Miami in the cat’s honor.