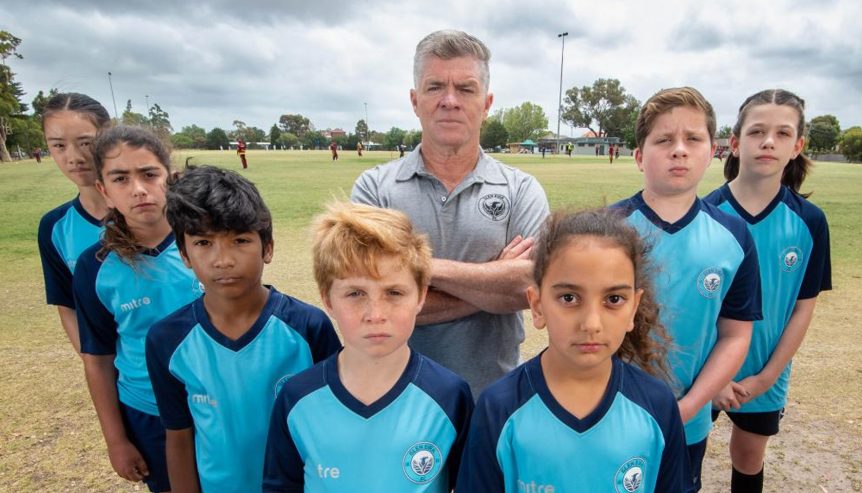 Sports ovals, soccer pitches and hockey fields could be built in the centre of Caulfield Racecourse to combat a squeeze on playing space.

A running track, community garden and lights for night racing have also been flagged.

The iconic venue would host concerts, shows, festivals and outdoor cinema in a vision to broaden its appeal as an “events destination” of state significance.

The Caulfield Racecourse Reserve Trust, which manages the site, is examining its future as the relocation of horse training by 2023 frees up 23ha of public open space.

There could be room for as many as three football and cricket ovals, a baseball and softball pitch, four soccer pitches, two pitches for hockey and lacrosse and up to three pavilions with parking.

A 1800m running track enclosing the reserve’s centre and space for skating, parkour and playgrounds are suggested.

Opportunity to remove the course’s southern lake to create more space for recreation has also been identified.

Trust general manager Andrew Paxton told the Sunday Herald Sun the ideas were raised during consultation with the community and key stakeholders.

They would now be used to develop a plan for the ultimate use and management of racecourse land.

“At this stage the trust has not formed a view on any of the submissions, we are simply checking in with the community on the diverse range of thoughts that have been submitted,’’ Mr Paxton said.

Surrounding Glen Eira Council has the least amount of open space of any municipality statewide ahead of nearby Stonnington.