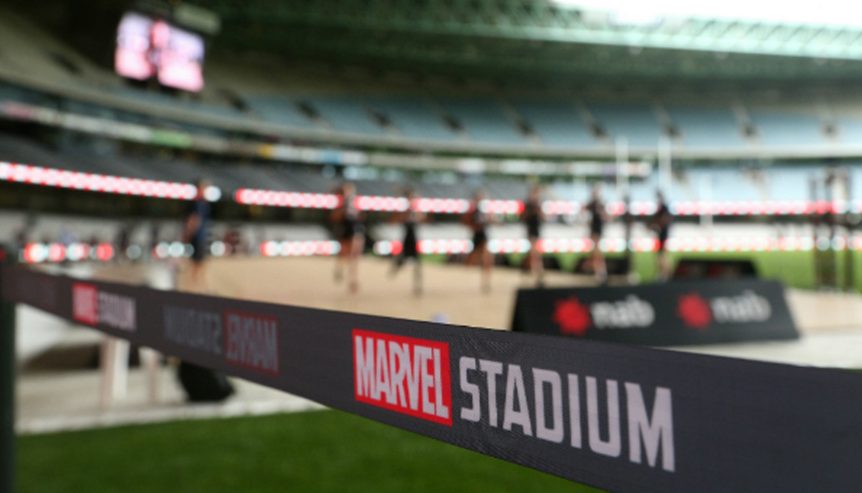 Green told Macquarie Sports Radio promoting the importance of fan engagement and experience for sporting and public events at the venue was a key factor for the company’s takeover.

The eight-year agreement between Disney and Melbourne Stadiums Limited has officially begun with construction underway on signage and re-branding at the giant precinct.

“Obviously Marvel is one of the largest entertainment brands in the world backed by the Disney Corporation Australia.

“So the fact that they’re so focused on the fan experience – which is obviously our key criteria as well – when you get those two really strong brands coming together, it creates a raft of opportunities.”

The first public event at the venue will be the A-League’s Melbourne Derby on October 20, although it is currently being used for the AFL Draft combine.