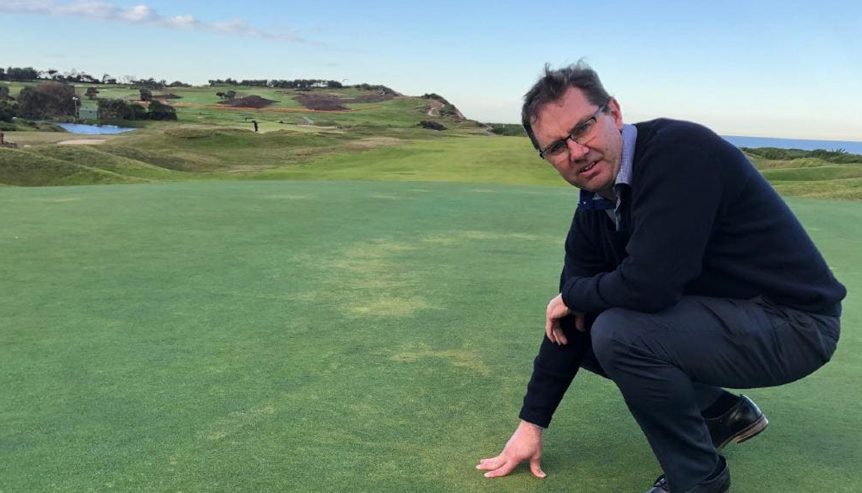 Vandals have potentially caused up to $150,000 damage to one of the northern beaches most popular golf courses.

An unknown chemical substance has been splashed across 10 greens at the Long Reef Golf Club in the night time attack at the weekend. Club management now fears they might end having to dig up and replace the greens if the grass is killed off by the chemical.

Spokesman Anthony Dignan feared the damage could see a dip in club patronage.

Longreef Golf Club spokesman Anthony Dignan said if the 10 greens have to be replaced or regrown the club could be hit with a repair bill of between $100,000 to $150,000.

Mr Dignan said if the greens were taken out of play, it could affect club revenues because golfers may not want to play on a course with 10 temporary greens.

Management called police after greenkeeping staff discovered the discolouration on the greens early on Monday morning.

Large Splashes of the unknown chemical were clearly visible on the 10 greens furthest away from the pro-shop and the club house.

Footprints left by a vandal could also be seen on the grass after they walked through the chemical.

“Our staff will monitor the greens over the next few days to see what effect this substance is having,” Mr Dignan said.

“If the greens deteriorate they will be have to be closed, repaired or replaced.

“This could have a substantial affect on the club’s revenue.

“Potentially we may have to replace all 10 greens, but hopefully not.”