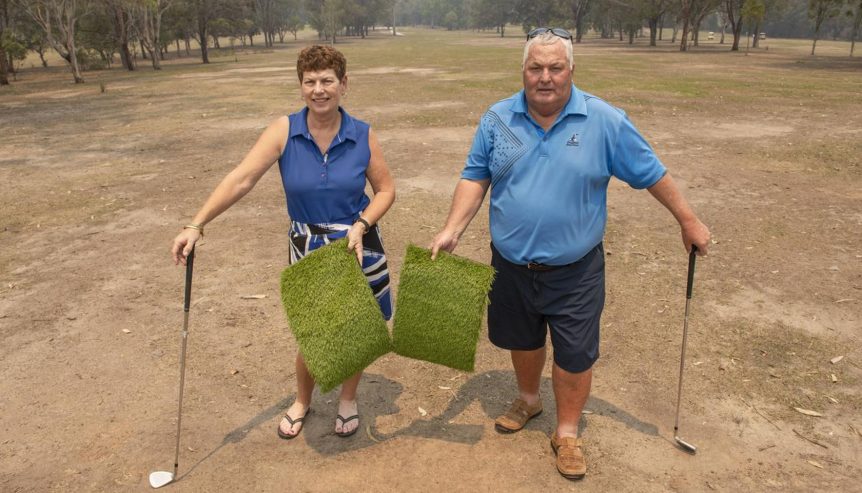 “It’s such a shame. If we could put grass on this, it’d be the best club on the North Coast,” he said.

Instead, the dusty surface starved of water by the unprecedented drought conditions has forced the course to change a playing condition to save what grass they have left.

Players will play from synthetic mats on the course, placing them down where the balls has finished in rough or fairway before playing their shot.

And while it may horrify a few traditionalist, Morgan said the majority of members understood the situation.

“It’s the worst conditions in the history of the Grafton Golf Club which came here in the 1950s,” Morgan said.

Morgan said that many of the players appreciated being able to play as they had before from the synthetic mat lie.

“The scores yesterday were a lot better,” Morgan said. “When you get players saying they hadn’t been able to hit a wood for two months, and now they can and they’re winning for the first time I can remember.”

“The tees and greens are still among the best on the coast, which our ground staff have done a great job on,” Morgan said. “They turn the water on at night in the coolest times, and when they start early in the morning it gets switched off.”