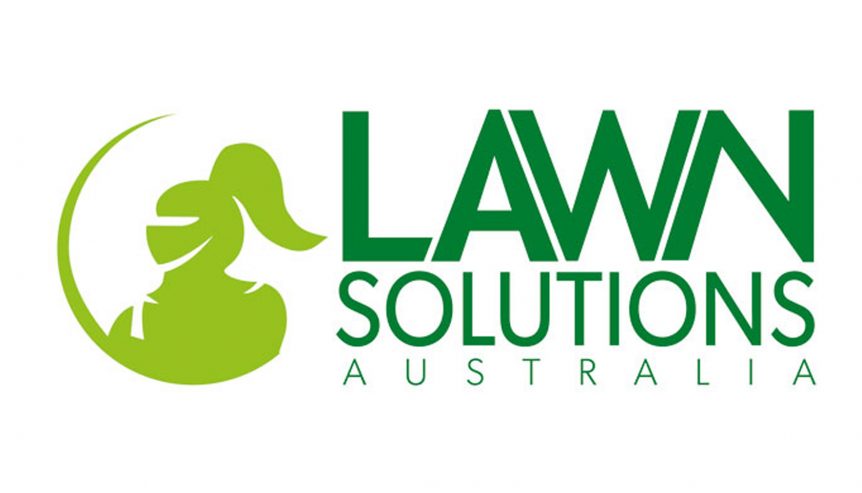 Now entering its second year, Lawn Solutions Australia (LSA) has announced the continuation of its turf-breeding collaboration program with a world-renowned turf breeding and research centre.

The representative network of 43 Australian turf producers, LSA says it has taken delight in ramping-up their joint-venture arrangement with US-based, University of Georgia Turfgrass Research Program.

Talking recently about this exciting new development, Lawn Solutions Australia Technical Manager, Joe Rogers said it was a terrific opportunity that would continue to see benefits that would extend both ways.

“The University of Georgia is one of the largest turfgrass-breeding facilities in the world and they literally have thousands of individual turf-type trials underway at any given time,” Rogers explains. “They also have access to the world’s largest turfgrass gene-pool and are looking to bring on board some of our Australian Natives that we’ve been working with into their trials . . . it’s exciting to be involved and what may come of it.”

Lawn Solutions Australia has been working with a number of institutions and turf-breeders both here and abroad for a number of years on developing new and improved turf-types that will offer benefits to Australian turf producers and end-users.

Speaking from what is now regarded as the largest turf research facility in the Southern Hemisphere at Berry on the New South Wales South Coast, Rogers says how they’re continually looking for improved characteristics in drought, shade and wear tolerance and lower-input-requirements for irrigation, fertiliser and pesticides.

“We’re after grasses that have good growing and harvesting attributes from a production point of view, yet still make for attractive, low-maintenance, high-performing lawns. “It sounds like we are working on a new ‘wonder grass’ and in a way we are,” he quips.
“If we can combine some of the drought-resilience and other desirable properties we’ve seen in our Aussie Natives, with the performance of the more established lines, then we could have some real winners for turfgrowers, homeowners, larger landscapes and the environment.”

The Lawn Solutions Australia group lays claim under its common banner to supplying the best turfgrasses, turf-care products and other specialised turf-services to the landscape, commercial and domestic turf-markets, right throughout Australia.

Already confident in having the best turf currently available, Lawn Solutions Australia through this new collaborative arrangement are also confident in developments into the future.

Rogers cautions however, that in the past, there has been a number of new turf-types that have appeared on the Australian market, only to turn out as tragic failures under Australian conditions.

“The vagaries of the Australian environment, extended droughts and wet periods, variable micro-climates, disease, low shade and wear-tolerance; they have all taken their toll on many of these new types. “We’ve been testing a number of new grasses from our partnership around the country under a variety of conditions and already we have TifTuf Bermuda and Sir Grange Zoysia coming to the fore – after having also performed so well oversees and now under Aussie conditions.
“We don’t intend to launch a flurry of varieties any time soon, but we may see a few exciting new entrants like TifTuf and Sir Grange on the market in coming years,” he goes on to say. 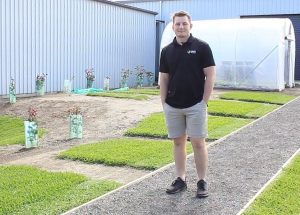 “Nearly all our growers are now AusGAP Certified, meaning their growing, harvesting and delivering of turf comes under strict quality control protocols and their Work Health and Safety and Environmental Management including Biosecurity controls are exemplary,” he explains.

Quality natural turf is an integral part of enhancing the overall appeal of landscaping works, from domestic jobs right through to large open-space commercial projects. The levels of wear and usage, shade and soils, climate and appearance all need to be examined for the particular site that is being looked at for turfing.

To that end, the range of grasses now available from Lawn Solutions Australia growers are they say, the most reputable available in regard to quality and consistency.

These tried-and-tested types mean Lawn Solutions Australia growers can offer specifiers, designers, planners and the end-user a superior consistency of product, right around the country with Rogers saying how, “no other group can offer the back-up that comes anywhere close to this.”

“Our continued breeding collaboration-work with such an esteemed international-partner will hold LSA’s grasses in good stead for many years to come,” he went on to say.