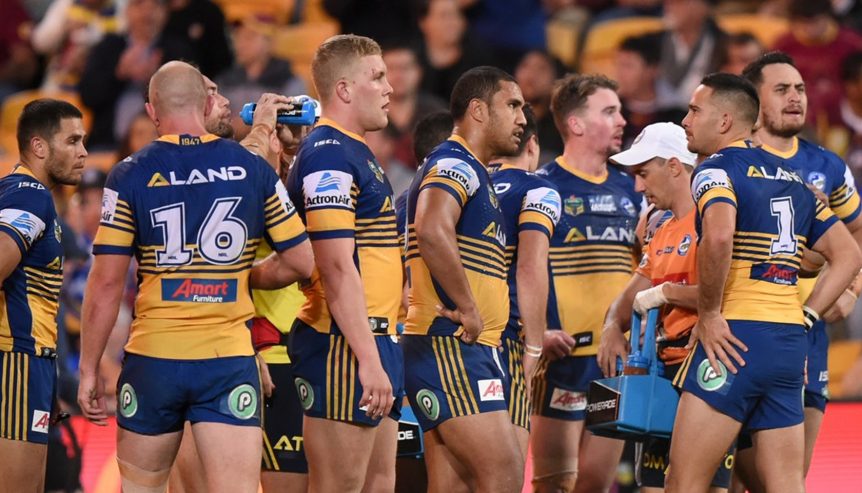 Parramatta home games for the 2019 Telstra Premiership season will have “TBC” (to be confirmed) against them when the draw is released by the NRL later this month due to a dispute between the Eels and the operators of the new Western Sydney Stadium.

The 30,000-seat venue is not due to host its first games until April after a two-year rebuild that started with the old Parramatta Stadium being pulled down in early 2017.

But the Eels are not happy with the commercial deal being offered to them and CEO Bernie Gurr has written to club members explaining that if accepted, it would hurt the club financially.

The new stadium’s operator, VenuesLive, is also responsible for ANZ Stadium contracts. Parramatta were due to play their first few matches at ANZ Stadium but that is also yet to be finalised.

Parramatta’s previous board – before being sacked in 2016 over salary cap breaches – signed an agreement with the Olympic Park venue that hit the club’s purse strings too hard, according to Gurr.

“The current proposal if accepted would adversely affect the ability of our club to invest in our football department including our NRL team and our junior elite football programs,” Gurr told members on Tuesday.

“The current agreement at ANZ has adversely impacted the club financially and we are not prepared to accept a new agreement that will continue to impact the club negatively for the next 25 years.”

The Eels have done their homework and over the past six months they engaged consultants to take a look at the commercial stadium deals for other sporting clubs.

“Together we have benchmarked the commercial terms of the current offer against offerings currently being received by NRL and other sports at a range of stadiums across multiple states of Australia,” Gurr said.

“The club will also not compromise on key areas that are important to our members and supporters.”