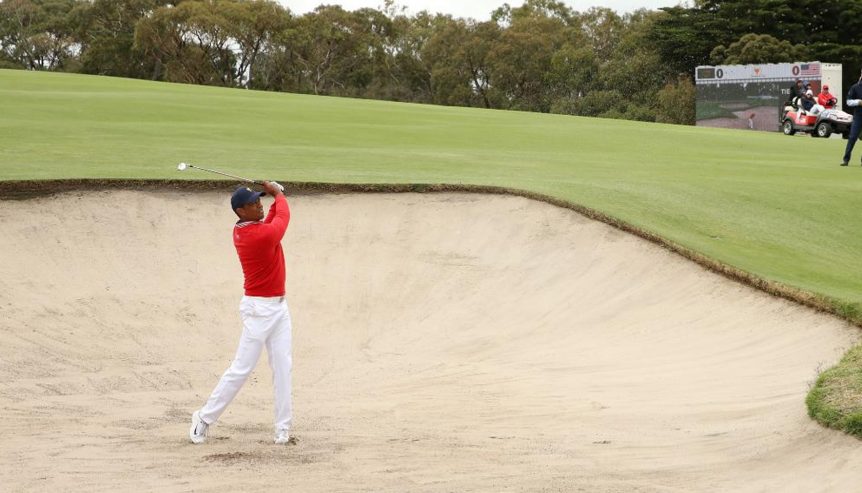 The starring role of Royal Melbourne at the Presidents Cup has brought three ideas into sharp focus and perhaps offered up a solution to some of the professional game’s nagging issues.

Many golf fans have been bothered by the PGA Tour/Brandel Chamblee/Golf Channel conspiracy to elevate The Players to major status (including your humble correspondent).

Many golf fans rate the US PGA Championship a distant fourth in the pecking order of the modern Grand Slam.

Is there a way for these three seemingly disparate issues to be brought together and make the whole better than its individual parts?

There are no new ideas in what is laid out below but there is a tweak or two in the way we think about the global game.

It would be foolish to think any of the following would be some sort of silver bullet solution to the game’s ills worldwide.

But the definition of madness is continuing to do the same thing while hoping for a different outcome so instead of continuing to debate the status of The Players, the US PGA’s place in the rota or the merits of classic courses let’s bring them together.

Like all compromises this one requires stakeholders on all sides to give a little as well as take.

The first step would be to acknowledge The Players as the game’s fifth major. It has a compelling case to make and a place can be made for it at the table if the US PGA is prepared to make a bold move.

“If the US PGA Championship is to go international, it is crucial that it be taken to the world’s best golf courses. In Australia, Royal Melbourne would be the obvious choice …”

If The Players becomes a major that would mean four of the five Grand Slam events are hosted permanently in America.

Clearly, this would be unacceptable to those of us outside the US and something would need to give, in this case the US PGA.

The notion of taking the US PGA ‘on the road’ so to speak is not a new one. There are multiple benefits to it becoming an international event, all of them positive for the game.

Rod Morri is founder of the TalkinGolf Podcast Network, home of the State of the Game, Good Good, TalkinGolf History and Feed The Ball podcasts.