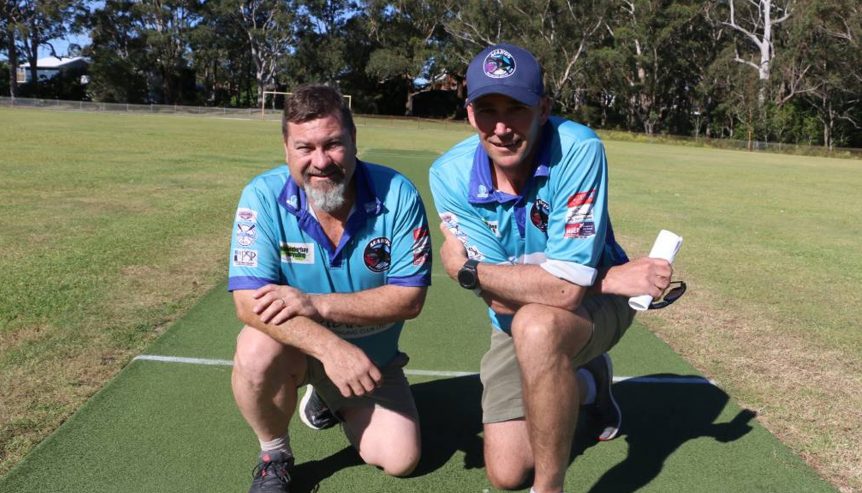 The growth of Nelson Bay Cricket Club has resulted in the need to upgrade the club’s satellite match ground, Korora Oval at Salamander Bay, for regular Saturday competition and weekday training sessions.

The oval also plays host to the Woolworths cricket blast programs, making this venue the second most used cricket facility after the Salamander Sports Complex.

Junior secretary Matt Brealey said that the club has applied for a range of grants to pay for improvements to the venue, including the installation of synthetic training nets and re-align the wicket which currently face east-west to a more friendly north-south direction.

“Following the amalgamation of the junior and senior clubs, Korora Oval will be more widely used for training in a safe and controlled area,” he said. “The nets would fill that gap while also providing an accessible facility for the general public to use at their leisure.”

Brealey said that the club was pleased to learn it had been successful in securing a $36,575 grants as part of the NSW ICC T20 World Cup 2020 Cricket Legacy Fund.

Port Stephens Council received two grants in round two of this year’s fund. The council received $24,985 to host the Cricket NSW women’s under-13, under-15 and under-18 country championship events in Raymond Terrace and $100,000 for the Tomaree Sports Complex multi-purpose facility.

Last year the council was granted $23,750, which it matched dollar-for-dollar, to install a new sight screen and replace a rusted awning off the clubhouse at Brandon Park in Seaham.

Acting Minister for Sport Geoff Lee said the legacy fund was about giving back to local cricket. “Whether you’re a budding junior cricketer or playing your first game, everyone involved in cricket in NSW will benefit from the T20 World Cup 2020,” he said.