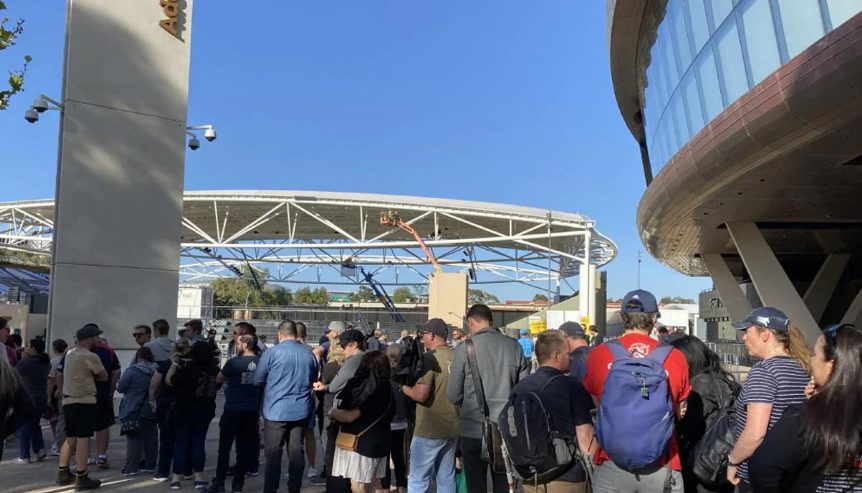 Rock concerts before marquee international matches are a perennial complication for Hough’s staff. He is comforted by the relative luxury of a nine-day lead-in to the second Test between Australia and Pakistan.

Hough was forced to replace 800 square metres of turf in the five days between ACDC’s 2015 concert and the inaugural day-night Test at Adelaide Oval between Australia and New Zealand.

“We had nine days this time and five days for ACDC then a New Zealand day-nighter. We are not expecting any issues. We are comfortable,” Hough told The Advertiser.

“The business needs it so you do it.”

Most damage to the Oval surface is sustained at the northern end where stages are mounted but Hough won’t be ‘pulling the floor up’ with apprehension.

Hough will determine the extent of restoration work this morning but has learnt to ‘just roll with it’.